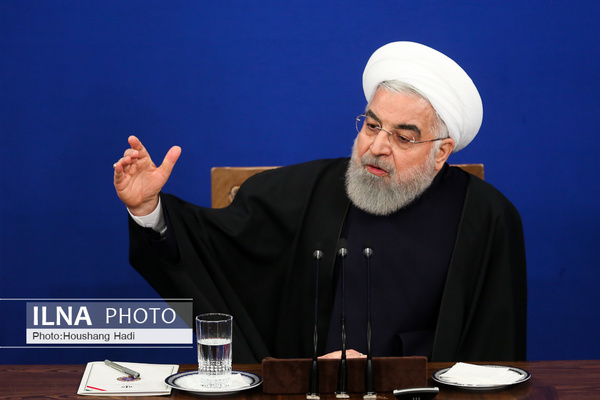 President Hassan Rouhani said Wednesday that Iran is ready to hold talks with the UN nuclear watchdog chief, ahead of a next week deadline set by lawmakers for the suspension of some inspections.

Rouhani stressed that Iran would not cease working with the International Atomic Energy Agency or expel its inspectors after the new measure takes effect next Tuesday.

Iran has notified the watchdog that it will suspend "voluntary transparency measures", notably inspection visits to non-nuclear sites, including military sites suspected of nuclear-related activity, if the United States has not lifted the sweeping sanctions then president Donald Trump reimposed in 2018.

The provision has stoked international concern about a possible expulsion of UN inspectors, in what would be a huge blow to confidence in the nuclear deal Iran struck with major powers in 2015.

But Rouhani's government has stressed repeatedly that it has no desire to see an end to inspections of its nuclear facilities and is ready to return to full compliance with the nuclear accord just as soon as Washington does so too.

"Foreign propaganda has started, saying that you are expelling IAEA inspectors. Why are you lying?" Rouhani said in televised remarks to his cabinet.

"Not only we will not expel (anyone), but even the IAEA's director has now requested to come to Tehran, and he can.

"If he wants to negotiate, he can negotiate," Rouhani said, emphasising that the new measure approved by parliament "is not about our nuclear activity being left uninspected".

IAEA director Rafael Grossi suggested to member states on Friday that he visit Iran to try to find a "solution".

The new US administration of President Joe Biden has expressed readiness to return to the 2015 deal abandoned by Trump, but has called on Iran to return to full compliance first.

Tehran says it is ready to return to its commitments on condition that Washington does so first by lifting sweeping unilateral sanctions that have dealt a heavy blow to the Iranian economy.

Iran's supreme leader Ayatollah Ali Khamenei stressed Wednesday that that meant action and not just words from the Biden administration.

"The Islamic republic will not be satisfied this time with words and promises," he said in a televised speech.

"This time, only action, action. If we see action from the opposite side, we will act too."

Rouhani has said that if sanctions are lifted, Iran will need only "a few hours" to verify the move and "then we will return to our commitments."