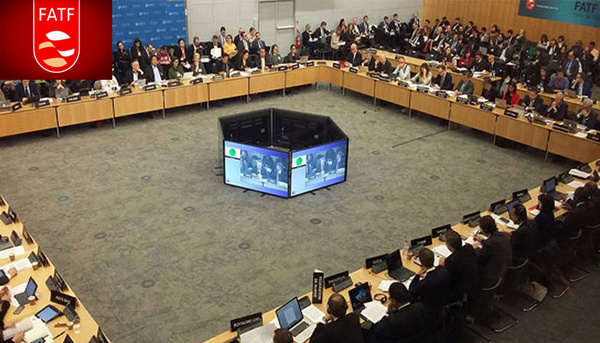 Referring to the order of Iran`s Supreme Leader to review the FATF-related bills in the Expediency Council, Ali Bigdeli said that now there is hope that Iran will join to Palermo and CFT conventions, Trend reported.

"One of the most important issues that have caused the current economic crisis is the locking of cooperation between Iranian banks and the world's financial and banking institutions. Part of this lock is due to US sanctions, but the most important reason is Iran's non-membership in the FATF," said the University Professor.

"Iran is in trouble to conduct banking transactions even with countries such as Russia and China or neighboring countries like Iraq," he said.

He expressed hope that by exiting the FATF blacklist, Iran will receive its demands from countries such as Iraq and South Korea. Bigdeli claimed that to purchase the coronavirus vaccine, Iran must become a member of the FATF.

"Considering the importance of the issue and the effect of the adoption of FATF bills on improving international banking and financial relations. the Supreme Leader has ordered to reconsider the issue," Rabiee was quoted as saying by official IRNA news agency.

In February, the Paris-based Financial Action Task Force (FATF) said Iran would remain on its blacklist, calling on its member states to sanction Tehran. The intergovernmental organization had demanded Iran to approve anti-terrorism legislation by February or it would remain on its blacklist. Iran has already enacted amendments to its counter-terrorist financing and anti-money laundering acts.

However, bills to ratify such conventions that were already passed by the Iranian parliament wait for the endorsement of the Expediency Council of Iran.