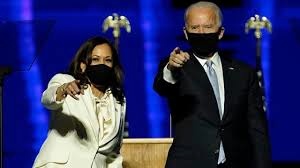 Mike Hollingsworth political science professor at the University of South Alabama talked about the U.S Presidential election and the results of that election to the international community. The US professor believes that with a new administration the US will be more likely to negotiate and lift sanctions. Hollingsworth refers to the future of Iran's nuclear deal and says “Biden has expressed a desire to returning to some semblance of the 2015 deal that the United States had with Iran and various European powers.”

Q: The Electoral College decisively confirmed Joe Biden on Monday as the nation's next president, but Donald Trump has said he'll continue to fight the election results. How will these new conditions affect US domestic policy?

A: This most recent election has been contentious and fraught with multiple problems that led many to question the legitimacy of the election. There is currently intense political polarization in the United States as well as many new voting procedures put into place in areas that did not previously have large-scale mail-in ballot programs. There is an increased concentration of support for certain political parties within larger population centers and less heterogeneity amongst counties throughout the rest of the country. Many argue that this is the most contentious election since 1876.  An analysis of the voting shows that a majority did not support Trump or the Republican Party, but there is also no widespread support for sweeping progressive movements either. This will force the Democratic Party to emphasize more centrist policies. The main concerns for the electorate seemed to be COVID-19 and the economy. People are relatively shortsighted in the United States when it comes to politics. Whatever pops up on the news quickly becomes the main concern.

A: The incoming administration has not addressed foreign policy a great deal. There likely will be a fundamental change in foreign policy. Some individuals argue that an “America First” policy is bad for the country and the world. This is not necessarily true, but isolationism and retrenchment is not really a good option and hopefully, this will be avoided. My opinion is that the Biden administration will seek to somewhat normalize ties with Iran and prevent any future problems. The success of this depends on the Iranian reaction. As far as other countries are concerned, the U.S. will probably rejoin certain accords like the Paris accord and other trivial things, but the biggest foreign policy questions are whether there will be a bigger emphasis on diplomacy and coalition building and what will the U.S. do regarding China.

Q: Iran’s president said the next U.S. administration should use the opportunity to compensate for President Donald Trump’s mistakes. How a Biden presidency could change US relations with Iran?

A: I believe the change in administration has some implications regarding foreign policy concerning Iran. Foreign policy will most likely resemble a liberalist approach that was prominent during the Obama administration. Biden has expressed a desire to return to some semblance of the 2015 deal that the United States had with Iran and various European powers.  Whether this actually happens depends on what Iran’s negotiating goals are and what their response is to U.S. involvement in the agreement. Iran has its own elections coming up next year which could create some issues.

Q: Is Tehran also ready to reduce tensions with the United States?

A: The U.S. will most likely seek to reenter some kind of monitored nuclear agreement with Iran.  As far as Iranian foreign policy, I don’t know if there will be any changes in that. Much of that might depend on the outcome of Iran’s elections next year. Foreign policy should change in Iran, as the current path will not lead to anything good for the country or the people.  The recent addition of centrifuge clusters and the attempt to bring a new type of centrifuge online are not good if continued after negotiations resume.

Q: Is there a possibility of war if tensions rise or the next U.S administration only seeks to resolve this crisis through negotiations?

A: No Western power wants to get involved in a full-scale war with Iran. It is simply not worth it.  No Middle Eastern power wants to go to war either. Limited attacks are, however, a real possibility depending on what actions Iran takes in the future. There are several key issues that need to be addressed, hopefully through negotiation. These include Iranian support for insurgent groups and nuclear development. I think the main concentration of negotiations will be on the nuclear program and economic sanctions. Europe would prefer the economic sanctions to be lifted so they could have a new market for goods.

Q: Why Iran and the U.S. are at an impasse and how to reduce Mideast tensions in spite of that?

A: There are multiple ways to reduce tension between the US and Iran. With a new administration, the US will be more likely to negotiate and lift sanctions. If Iran wants to reduce tensions they will have to stop adding to their nuclear enrichment program and reenter an agreement with Europe and the US. This is a prerequisite for other actions. Iran could also cease providing support for insurgent forces in Yemen, quit supporting Hezbollah in Lebanon, and leave Syria and Iraq. They might be able to stay in Syria depending on what they do there. The US could lift sanctions and allow Iran to grow economically. Europe should do the same and would if a nuclear agreement is reached. It might also be helpful to not refer to America as “The Great Satan”. That could foster some goodwill.