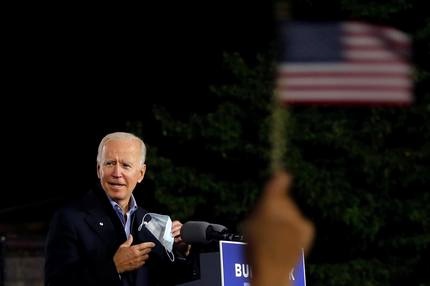 The professor (Associate) of the University of New Haven Chris Haynes believes that the best way to reduce tension is for Iran to unilaterally offer its willingness to give up its nuclear weapons program and allow for maximum transparency in that process. He continues “It would give a friendlier Biden Administration (compared to Trump) a reason to start the process of lifting sanctions, expanding trade, and eventually normalizing relations.” Haynes is an expert on immigration, political framing, presidential elections, race and ethnicity, and the impact the changing media landscape is having on politics and public opinion. Dr. Haynes is the co-author of the book Framing Immigrants News Coverage, Public Opinion, and Policy.

You can read his full interview with ILNA news agency as follow:

Q: It was yet another rough week for the U.S President's efforts to reverse the results of his November defeat in the US presidential election. However, what do you think will be the difference between the Trump administration and Biden in the international arena?

A: My analysis of the US election is that it has reinstated the US pre-Trump. It means that the unpredictability, craziness, Tweet-heavy last four years is all but certain to become much less eventful. While this means that many of the policies promulgated by the Trump administration will be overturned such as Paris, JCPOA, and DACA, it does not mean that Biden will have his way with respect to new priorities. This election was as much a repudiation of Donald Trump as it was also a call for the parties to work together. In the earlier past, this might produce more compromise between Republicans and Democrats, but more recently this type of divided government has meant gridlock or nothing getting done.

Q: What the US election results could mean for Iranians?

A: While this does signal that the United States will be more predictable and less immediately bellicose toward it, a lot will also depend on the extent to which the Iranian government gives up on its pursuit of a nuclear weapons program. It could signal that if the Iranian government is interested in moving forward on those two items that it could eventually find a willing partner in Biden for a negotiated settlement, a reduction in sanctions, and entrance into the community of nations.

Q: Can a Biden Presidency change US relations with Iran and the rest of the world?

A: In some respects, there will be change. Less bellicosity from the US and perhaps, a pursuit of the revival of the Iran JCPOA. However, if Iran is expecting the US to decouple itself from Saudi Arabia or Israel in any significant way, the answer is almost certainly not. The chances of significant changes in US foreign policy depend more on the actions of the Iranian government.

Q: What about Iran’s policy. Is there any prospect of changing Iran's policies?

A: In the immediate terms, no. However, overtime shifts could occur if the time is right and the environment is favorable. If Iran is smart it will feel the Biden administration out and feel out the Senate, which is still in the hands of Republicans and in control of Iranian sanctions. If the Democrats take the 2 seats in Georgia, it may be the right time to strike a deal with a willing Biden Administration to denuclearize and extract maximum benefits for such a commitment. Because the electoral environment for Democrats in the Senate is much more challenging in 2022 and 2024, it may be now or never.

Q: War or negotiation? Which is possible?

A: This is not a hard call. Unless Iran does something incredibly risky and stupid like attack Israel, this Democratic administration is unlikely to pine for war with Iran. Rather, Biden has already signaled a willingness to negotiate and a return to the multilateralism of the past. That said, it may take some time before Biden can repair and reassemble previous alliances and partnerships given the chaos and departure of the last four years. Moreover, I do not see dealing with the Iranian situation as high on the priority list for the Biden Administration. More pressing items include fighting COVID-19, distributing the vaccine, energizing the economy, dealing with racial inequality, immigration, and fixing scarred relationships abroad.

Q: Will the new US administration return to JCPOA

Q: What is the best way to reduce tension between Iran and the US?

A:  The best way to reduce tension is for Iran to unilaterally offer its willingness to give up its nuclear weapons program and allow for maximum transparency in that process. Not only would this be unexpected, but it would also be timed perfectly. It would give a friendlier Biden Administration (compared to Trump) a reason to start the process of lifting sanctions, expanding trade, and eventually normalizing relations. Of course, there are a lot of other things that need to happen for all of those things to happen. But, such an action by the Iranian government could provide the jolt that this issue needs to make it onto Biden's agenda.

Q: What the US election could mean for Europe’s foreign policy?

A: I have no doubt that the fractious and tense relationship between the US and Europe will return quickly to what it was pre-Trump. And the signals, since the election was called for Biden, from Europe’s leaders like Macron, Merkel, and Johnson just reinforce this prediction. Iran should expect a united western alliance under a new Biden Administration.