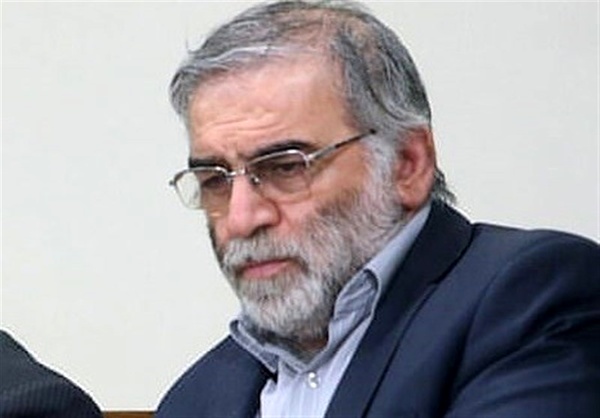 Mohsen Fakhrizadeh, Head of the Research and Innovation Organization of the Ministry of Defense was assassinated in a terrorist attack near Tehran on Friday.

In his letter to the UN Secretary-General Antonio Guterres and President of the UN Security Council Inga Rhonda King, Takht Ravanchi said: "The cowardly assassination of Martyr Fakhrizadeh -- with serious indications of Israeli responsibility in it – is another desperate attempt to wreak havoc on our region as well as to disrupt Iran’s scientific and technological development."

In the letter, he said: "I am writing to inform you that today, 27 November 2020 in Absard city of Tehran province, Mr. Mohsen Fakhrizadeh, a prominent Iranian scientist, was assassinated in a terrorist attack.

One of the latest services of Martyr Fakhrizadeh was his outstanding role in the development of the first indigenous COVID-19 Test Kit, which is a great contribution to our national efforts in curbing the COVID-19 pandemic at a time when Iran is under inhumane sanctions of the United States, strictly preventing our access to humanitarian goods including medicines and medical equipment. He was also supervising the development of a COVID-19 vaccine.

Over the current decade, several top Iranian scientists have been targeted and assassinated in terrorist attacks and our firm evidence clearly indicates that certain foreign quarters have been behind such assassinations. The cowardly assassination of Martyr Fakhrizadeh -- with serious indications of Israeli responsibility in it – is another desperate attempt to wreak havoc on our region as well as to disrupt Iran’s scientific and technological development.

While during the past forty years, no amount of pressure and terrorist attacks were able to prevent us from achieving science and technology needed for our socio-economic development.

Warning against any adventuristic measures by the United States and Israel against my country, particularly during the remaining period of the current administration of the United States in office, the Islamic Republic of Iran reserves its rights to take all necessary measures to defend its people and secure its interests.

The Islamic Republic of Iran condemns, in the strongest possible terms, the criminal assassination of Martyr Fakhrizadeh, and expects the Secretary-General of the United Nations and the Security Council to strongly condemn this inhumane terrorist act and take necessary measures against its perpetrators."

He also requested "the present letter circulated as a document of the Security Council."