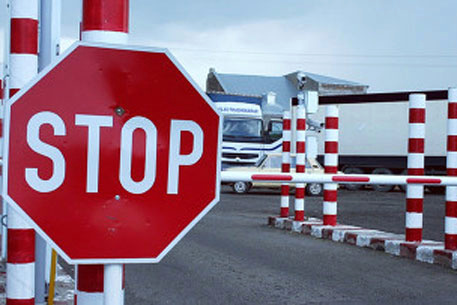 Border seal-off for the purpose of quarantine has remained only with two neighboring states, Iranian Customs Administration spokesman said on Saturday.

Trade exchange with all neighboring states, except for the two countries, is underway, Roohollah Latifi told.

With enforcing protective and health protocols in coordination with two neighboring states, the remaining borders will reopen, the spokesman said.

Since its outbreak in December 2019, the coronavirus pandemic created obstacles to holding many world events, meetings, etc. It also led to closure of border crossings as a pre-emptive measures to counter the deadly virus which has killed 562,000 up to now.

Four land border crossings of Sarakhs, Bajgiran, Lotfabad, and Incheboron with Turkmenistan in the east of the Caspian Sea and northeastern Iran are still closed, but, Sarakhs and Incheboron cross-border terminals are open as they have railroad connections as well, Latifi noted.

About borders with southwestern neighboring countries of Iraq, the spokesman said normal trade exchange will be resumed in the Sumar border market with Iraq within the next few days.

The official hoped that Khosravi and Chazabeh border markets with Iraq would soon reopen after agreement on enforcing satisfactory protective and health protocols.

He further noted that the Iraqi government started reopening the border points stage by stage to meet its people's fundamental needs.

On July 5, caretaker of Ministry of Industry, Mine and Trade Hossein Modares Khiabani announced that 80 percent of the border crossings have reopened and trade exchange is normal now.

He also said that 60 percent of the country's non-oil products are exported to 15 neighboring states.