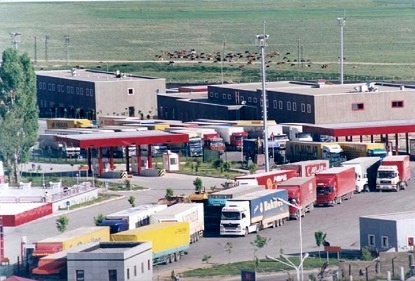 Speaking to ILNA, Mahmoud Tohidast said that Taliban’s condition and status in the world is uncertain  and it needs to provide the essential needs of 38 million Afghans and it has to provide them through Afghanistan’s neighboring countries like Iran and Pakistan. He went on to say that Pakistan has itself shortage of food stuff and other goods and therefore, the Taliban needs goods from Iran.

He added that currently the condition of Iran’s borders with Pakistan is good and there is no border and borders with Afghanistan were closed for a couple of days after the Taliban took power and now they are open and trade exchanges with Pakistan continue but the rise and fall of trade exchanges depends on several factors like the pandemic, forex rate and the price of commodity.

On the current condition of trade between Iran and Pakistan, Tohidast said that due to the rise of prices and forex rate in the country it seems exports of Iran to Pakistan in terms of its rial value has increased but on the whole the mentioned factors as well as the change in the regulations are decisive in the volume of trade between the two states.

He reiterated that if the government lifts ban on imports of rice from Pakistan, the trade exchange between the two countries will increase. He said currently due to the season of harvest of rice, the officials have imposed ban on import of rice and it is not a good law because it helps the price of the domestic produced rice to rise excessively and middlemen and rent-seekers benefit it.

Tohoidast noted that lift of ban on import of rice will be in favor of the domestic consumers and boosting bilateral trade with Pakistan.

Earlier this month and in meeting with the Chairman of Pakistan’s Senate Sadiq Sanjarani, Iran’s President Seyed Ebrahim Raisi assured that the obstacles towards promotion of regional trade with Pakistan would be removed and problems faced in uninterrupted supply of electricity to areas of Balochistan would be resolved immediately.