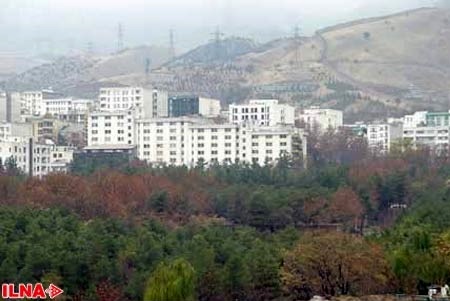 Average housing price rose three percent in Tehran City during the past Iranian calendar month of Khordad (ended on June 21), compared to its previous month, according to a report by the Central Bank of Iran (CBI).

The housing price in the capital city also experienced a 56.6-percent rise as compared to the same month in the past year.

The CBI report put the average price for one square meter of a residential unit at 296 million rials (about $7,047) in the capital city in the mentioned month.

As reported, the number of real estate deals increased 29.6 percent in the past month from its preceding month.

The housing market in Tehran was the second-highest returning market in Iran among the country’s four major markets in the previous Iranian calendar year (ended on March 20) with 85 percent annual growth.

The information obtained from Kilid website (which is a major platform for housing trades) indicated that the housing price index in Tehran grew by 85 percent in the previous Iranian calendar year (ended on March 20) compared to its preceding year.

Last month, the head of Iran’s Property Advisers Union said housing prices in the country should decrease at least 25 percent in order for people to be able to afford to purchase.

Mostafa Gholi Khosravi noted that the closure of real estate agencies due to the coronavirus pandemic has caused some problems in this market, calling for the re-opening of the agencies in compliance with health protocols.

The official also stressed the need for establishing a market regulation headquarters for the housing sector to monitor the activities of dealers and real estate agencies in order to balance the prices.

Housing prices in Iran have been constantly rising over the past year due to various internal and external factors.

Coronavirus has been reported to be a major factor affecting the housing prices in Iran as the pandemic has stoked concerns about losing one’s savings and more people entered the housing market.

“People are turning to the housing market in order to protect their savings in the face of rising inflation. No one sees housing as a short-term consumer commodity. Even real consumers view purchasing a home as a long-term investment,” Mehdi Soltan-Mohammadi, a housing expert, said.