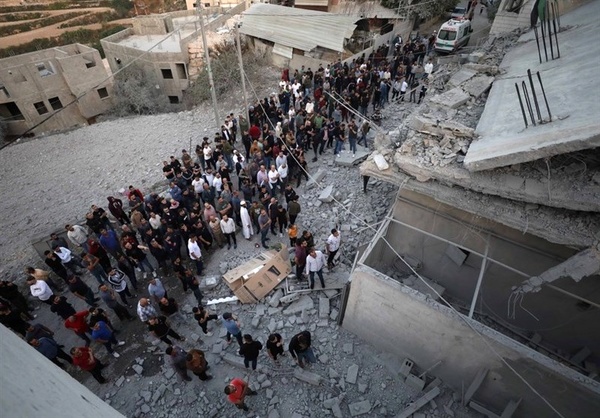 Deadly clashes broke out on Wednesday when Israeli forces stormed a village near the northern West Bank city of Jenin, with a bulldozer to demolish the home of a Palestinian man.

A Palestinian young man was killed and six were injured during the clashes with the Israeli soldiers, Palestinian health authorities said, Xinhua reported.

The Israeli regime army stormed the home of Deya'a Hamarsheh who allegedly carried out a shooting attack in Tel Aviv that killed five Israeli settlers on March 29.

Israeli forces shot and killed another young Palestinian in a raid in the city of Bethlehem, amid rising tensions across the occupied West Bank.

Ayman Mheisen, 21, was shot dead by Israeli soldiers during an armed confrontation that broke in the refugee camp of al-Dheisha, south of Bethlehem on Thursday. He was the third Palestinian killed by Israeli forces in the West Bank in 24 hours.

Being shot in the torso, the young victim was transferred to the hospital but succumbed to his injuries, Arab48 news website reported, adding that another victim was injured and some others were detained.

Warasnah, 31, was shot in the chest at the entrance of the Al Arroub refugee camp near Hebron city. Israeli military alleged the journalist “advanced” toward soldiers with a knife. After opening fire on her, Israeli forces prevented Red Crescent medics from approaching her for 20 minutes.

Meanwhile, the Palestinian youth Kabaha, 24, was killed in an Israeli raid in the north of the occupied West Bank in the village of Yabad near Jenin.

Six other Palestinians were wounded in the raid, including three seriously. "They were shot in the neck, abdomen, and face,” Wafa news agency said.

Following the murders on Wednesday, the Palestinian Ministry of Foreign Affairs called on the international community to immediately interfere to stop the Israeli regime’s extra-judicial killings of Palestinian people, denouncing them as “war crimes.”