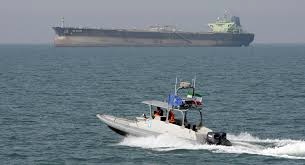 Speaking to ILNA news agency, spokesman of the Petroleum Products Exporters Union said “Iran's crude oil production has reached 110 million liters per day and we should be able to export, oil and gas, so that the refineries can work at full capacity.”

He also referred to some rumors in recent weeks about trade exchanges between Tehran and Caracas, saying that so far, these claims have not been denied by the Ministry of Foreign Affairs, the Ministry of Oil, or Mahan Airlines so this transaction was likely done in the interests of both sides.

Venezuela is in desperate need of petrol and other refined fuel products to keep the country functioning amid an economic collapse. Venezuela produces crude oil, but its infrastructure has been crippled during the economic crisis.

“Crossing Jabal al-Tariq with the Iranian flag shows Iran's power but the United States is unlikely to block Iranian gas supplies to Venezuela,” he added.

Hamid Hosseini confirmed that if we can export gasoline to Venezuela, that's good for both Iran and Venezuela.

Five tankers filled from Iran may be heading to Venezuela, reports indicated over the weekend. TankerTrackers.com, which tracks oil shipments and storage, showed the route of the suspect ships, which allegedly received gasoline at the port of Shahid Rajaee.

US officials said over the weekend they have a “high degree of certainty” that Maduro has been paying Iran in gold for the fuel. The US says it is preparing measures that can be taken.

A senior official in President Donald Trump's administration told Reuters News Agency last week the US was considering measures it could take in response to Iran's shipment of fuel to crisis-stricken Venezuela.

Washington imposed sanctions on Mahan Air in 2011, saying it provided financial and other support to Iran’s Islamic Revolutionary Guards.

Iranian government spokesman Ali Rabiei said that Iran is selling goods to Venezuela and buys goods from it, which is none of anybody's business in the world; adding that Iran and Venezuela are two independent states and governments. In addition to the entire world, we also have commercial exchanges with Venezuela.