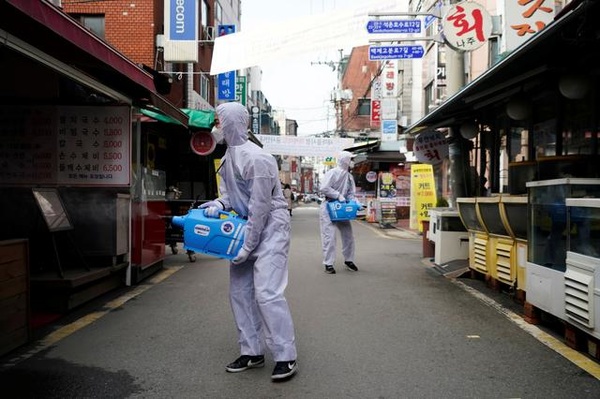 We have the best, most efficient and courageous medical staff in the world and do not need an American physician, Mousavi said Friday morning in a tweet.

Instead of hypocritical compassion and disgusting boasting, stop economic and medical terrorism so that medicine and medical equipment reach the medical staff and people of Iran, he also wrote.

"By the way, pay attention to the American people too!," the spokesman advised the US officials.

The US President Donald Trump said on Thursday on the sideline of a meeting with the Irish Prime Minister at the White House that some countries were in critical condition in regard to the coronavirus issues.

He also said that we have the best doctors in the world and we have offered to help Iran.

Trump's remarks came while Iran has done a great deal to stop the spread of the disease, from shutting down schools and universities to canceling cultural and religious gatherings. It is also constantly disinfecting and sanitizing public places.

According to a senior Iranian Health Ministry official on Thursday,  3,276 people out of the total 10,075 infected so far in the country have recovered from the virus while 429 lost their lives.