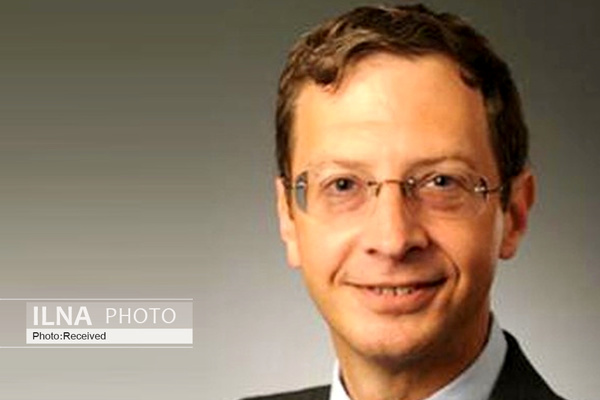 Professor of Government and International Affairs believes that most Americans anticipate that serious tensions will continue in the Persian Gulf for the foreseeable future.

Edward Rhodes who is Professor of George Mason University said in an interview with ILNA news agency that whether or not American involvement in the Persian Gulf makes matters better or worse, or increases or reduces the possibility of fighting between states in the region. He confirms “Neither Iran nor America wants war because of everyone understands that war would be a complete tragedy.

Below is ILNA's interview with Edward Rhodes, the Schar School of Policy and Government about United States policy toward Iran.

Q: As a first question, what is your analysis of tension in Persian Gulf?

A: I think that most Americans anticipate that serious tensions will continue in the Persian Gulf for the foreseeable future, and that most Americans have concluded that even were the United States to substantially reduce or even eliminate its involvement in the Gulf, or drastically change the nature or focus of that involvement, the Persian Gulf would remain a cockpit of tension.

Whether or not American involvement in the Persian Gulf makes matters better or worse, or increases or reduces the possibility of fighting between states in the region, is a question on which American foreign policy analysts may disagree.  But American policy analysts virtually unanimously agree, I think, that the United States is not the cause of tensions between Saudi Arabia and Iran, or of the civil war in Yemen, or of the civil war in Syria (and the involvement of Persian Gulf States in this conflict), or conflict between Kurds and Turks, or conflict between Shia'a and Sunni groups in Iraq, or tensions between Saudi Arabia and Qatar, for example.

Q: And how about the future of tension between Trump administration and Iran?

A: I think any attempt to answer this question needs to start with acknowledgment of three key points.

The first is that Iran remains deeply unpopular with most ordinary Americans, and it remains overwhelmingly unpopular with the less-well-educated, less-globally-oriented part of the American public that is President Trump's core constituency.  Improving relations with Iran, or doing anything that might be interpreted as making some sort of concession to Iran, will on balance cost any American politican votes. I am not going to argue whether the American public's hostility toward Iran is or is not justified.  I am simply pointing out that it exists, and that any understanding of American behavior needs to take into account that it exists.

The second key point is that President Trump is an enormously divisive figure in American political life at the present time.  He will nearly certainly be impeached by the House of Representatives in the very near future.  (This means that the House of Representatives has concluded that there are plausible reasons why he should be removed from office -- that is, there is reason to believe that he may be guilty of treason, corruption, or "high crimes or misdemeanors" that would warrant his removal.)  Whether the Senate, in its trial concludes that he is guilty of the charges the House has brought or not, the President is very much fighting for his political survival.  The fact that 2020 is an election year adds an additional layer of politicization.  Everything -- including events in the Persian Gulf and U.S.-Iranian relations -- is currently viewed in terms of this national argument over the fitness of President Trump to hold the presidency.

The third key point is that even when he was not being challenged and politically threatened, President Trump was unpredictable.  As far as anyone can tell, he has no fixed views on American foreign policy, apart from a general feeling of grievance, that the world does not treat the United States fairly.  There is no clear compass or map by which he steers.  There is no clear set of principles which would override any immediate whim or sense of political opportunity.  Over time, the individuals in the Trump administration who did possess a clear and firm set of foreign policy principles -- conciliatory, hawkish, or other -- have been driven out of the administration, making the opportunistic or random nature of foreign policy actions more severe.

Taken together, these points suggest reason for very serious concern that the Trump administration would seize any provocation or any action it might see as provocative or as insulting to the president, as a reason for strong action against Iran.  Strong action against Iran would energize the President's political base at a time when other political support for the President may be weakening.

Q: The policy of “Maximum Pressure” on Iran has any results or not?

A:  As most of them expected, in the view of most serious American observers of Iran "maximum pressure" on Iran has not led to Iran abandoning its nuclear potential, nor to a change in Iran's regional foreign policy.  "Maximum pressure" is, however, seeing as reducing Iranian capacity to carry out its preferred policies in the region.  The strategy of "maximum pressure" is also popular with American friends and allies in the region who have their own grudge against or fears of Iran.  At a time when American relationships with some of these friends or allies is strained for other reasons, "maximum pressure" is a favor that the United States can do for them and serves as a reminder to them that they do in fact wish to maintain their relationship with the United States.

As noted earlier, "maximum pressure" is also popular with a mass of the American electorate that has a negative view of Iran, and one of the "results" of the "maximum pressure" strategy is continued positive endorsement for Trump by this portion of his political base.

Q: European leader can convince Trump to change his policy at the end?

A: President Trump's utter disregard for European views on anything and everything cannot be overstated.  He truly doesn't care, and can't understand why any Americans would care.

Q: as everybody knows, US sanctions hurt Iranian people. Are they fair?

A: The view of the American government and, quite frankly, most Americans is that the Iranian people can end the sanctions whenever they want:  they merely need to insist to the Iranian government completely end its nuclear program and cease its support for a number of political or military groups operating in other countries in the region.  This may or may not be a reasonable demand.  But the position of the American government and, again, most Americans is that it is in fact a reasonable demand.

Q: Tehran reduced its commitments under the JCPOA (a 2015 nuclear deal) in four phases. If Iran’s government continues this policy, what will be the reaction of US administration and European leader?

A: I doubt that this additional step toward creating a nuclear capability will have any positive impact.  Serious American observers of Iran understand why Iran has felt it necessary to take this next step, and are not surprised that Iran has done so.  But it does not change the Trump administration's calculus.  "Maximum pressure" remains the politically most attractive policy and, in the end, the Iranian people cannot eat nuclear weapons.

Q: You think that war is possible?

A: Neither Iran nor America wants war.  Neither government wants war.  Neither people want war.  Everyone understands that war would be a complete tragedy.  It would be costly for both sides, with needless and potentially horrific loss of life -- and it would not resolve the underlying issues.  That's why we haven't had war already, and that is why war remains unlikely. As bad as things are now, war would only make them worse.

There are, of course, actions that would nonetheless result in war.  I do not know what these would be on the Iranian side.  On the American side, however, any non-trivial attack on American warships would be a casus belli, as would be any significant attack on world energy supplies -- either a serious attack on Saudi or UAE oil fields, for example, or any serious effort to close the Persian Gulf to tanker traffic.  And, it goes without saying but nonetheless certainly needs to be said, any terrorist attack on American soil by groups or individuals would generate a public outcry that would nearly certainly force any administration-- hawkish or conciliatory, Democratic or Republic -- to initiate overwhelming military action against Iran.  Indeed, it is hard to imagine a "limited" American response in the event of a terrorist action on American soil.  The reaction would nearly certainly be entirely disproportionate to the triggering event.

Q: By negotiation with Trump, the tension in Middle East can drop off or not?

What might be possible, however, are small steps that might create the conditions for larger ones in the future.  Cultural exchanges can begin to create the climate for cooperation -- (non-religious) artistic exchanges, musical exchanges, academic exchanges or visits in any number of academic disciplines, cooperation on medical research issues of shared concern, visits by athletes (particularly in sports that challenge individuals to break their own personal records (e.g., track and field, swim mint), rather than ones in which victory is based on the defeat of another athlete (e.g., most team sports, boxing, wrestling).

Small steps may seem hopelessly small, given the seriousness of the differences between the two countries and the immediacy of the confrontation.  But in the American context, they can in fact change the underlying realities, making it possible for political leaders on the two sides to more flexibly engage in negotiations on more serious matters.