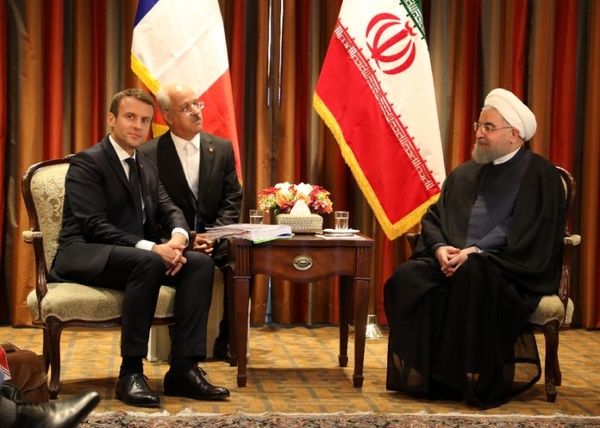 “Stopping all sanctions can be the beginning of dynamics between Iran and the P5+1,”  Iran’s President Hassan Rouhani told his French counterpart Emmanuel Macron in a telephone conversation on Saturday.

He described the US sanctions and pressures as terrorist action and full-fledged economic war, warning they could “lead to other threats in the region and the world”.

Rouhani reminded Macron of Iran’s “strategic patience” to save the nuclear deal, also known as the Joint Comprehensive Plan of Action (JCPOA), despite all the pressure and sanctions imposed by the US during the past 14 months.

Iran is expected to unveil the second phase of its actions to further reduce its commitments within the JCPOA in response to “lack of actions” by the three European signatories, Germany, France and the UK, also known as the E3.

Tehran is calling on the trio to normalize economic ties with Iran in the wake of US sanctions, otherwise it will take proper actions in response.

“Iran’s recent moves have been completely within the JCPOA and meant to save it. The European Union should fulfill more of its commitments and take more actions to salvage the deal,” Rouhani mentioned in his phone talk with Macron.

The EU has set up a special payment channel with Iran, called Instrument in Support of Trade Exchanges (INSTEX) to do business with Iran following the rei-mposition of unilateral US sanctions. It hasn’t become operational yet.

“We accept that Europe’s actions to compensate for the US sanctions haven’t been effective and successful but that we will do whatever we can to make up for it,” Macron noted.

He warned of an end to the JCPOA, saying it would mean a “collective defeat” and “regrettable action”.

The French president stressed that Paris is ready for calm nerves and will double its efforts to meet Iran’s demand of an end to this economic war.