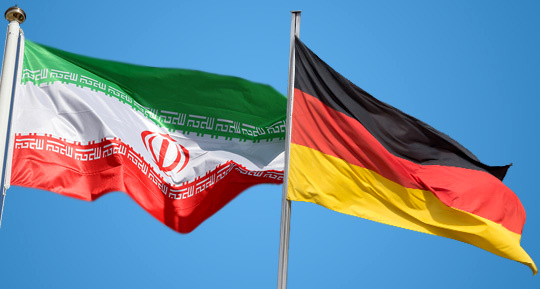 German Foreign Ministry Spokesperson Christopher Burger has dismissed the rumors that the German Embassy in Tehran has been evacuated.

Rumors have been circulating on Twitter for the past two days that the German embassy in Tehran was planning to evacuate. The question was raised by a journalist from Aljazeera in yesterday's government press conference in Berlin, who asked German Foreign Ministry Spokesperson Christopher Burger whether he confirmed the rumors.

The German official dismissed the rumors, saying he could not confirm them.

The rumors seem to be part of the US’ ever increasing efforts in waging a psychological warfare against Iran.

According to reports, the Trump administration is expected to announce additional sanctions on Iran within the coming week, targeting new sections of the Iranian economy, after the US put further restriction on Iran's nuclear activities under the JCPOA.

Germany has also voiced regret over the US decision not to extend waivers with regard to trade in oil with Iran. In a joint statement with the other two European parties to the JCPOA, German FM voiced concern over the more restrictive policy of Washington on nuclear non-proliferation waivers for the Islamic Republic.

Washington has been ramping up efforts to bring Iran’s oil exports to zero by threatening the country’s major oil clients with sanctions.

Trump officials said the sanctions would either force Iran to return to the negotiating table for a more favorable nuclear deal to the US, or it would lead the Iranian government to collapse due to "fading revenues".

In May 2018, Washington unilaterally withdrew from the Iran nuclear deal and began slapping the Islamic Republic with several rounds of sanctions, targeting the country's energy and banking sectors.

Meanwhile, Iran has stressed that the US will fail in achieving its hostile objectives through imposition of sanctions.

An informed sourced said that Iranian President Hassan Rouhani is likely to announce the country’ plans to retaliate against US withdrawal from the nuclear deal (JCPOA) on a live TV program on Wednesday.