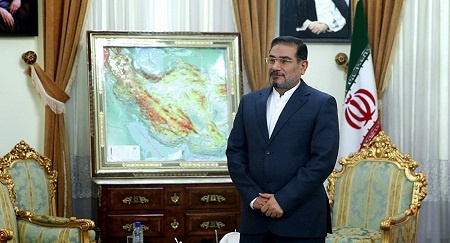 He is scheduled to speak on the first day of the two-day meeting on Wednesday, about the security and political and economic developments in the region and “our country’s record in confronting security and terrorist threats,” said the head of SNSC’s public relations office, Alireza Zarifian.

Shamkhani will discuss bilateral and multilateral issues and political, military and security cooperation in talks with officials from other countries, Zarifian was quoted by ISNA as saying on Sunday.

Tehran-Moscow relations have improved over the past few years. The  two sides back embattled Syrian President Bashar al-Assad in his  seven-year fight against western-backed armed insurgent groups seeking to dislodge him.

The security forum is attended by secretaries of national security councils, government ministers, aides to presidents and prime ministers in charge of security matters.