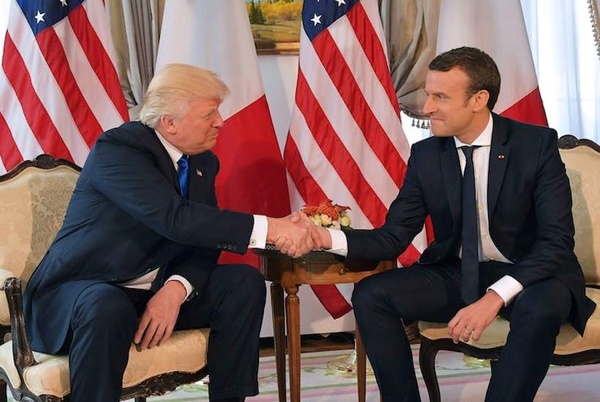 “The Europeans, E-3 in particular, have been working hard in trying to address some of our most important or prominent concerns having to do with Iran’s ballistic missile program, for example, the sunset clause in the JCPOA and so on,” the senior administration official told Reuters on condition of anonymity.

“Trump would also discuss other issues with Macron, including the joint military strike on Syria this month following a suspected chemical weapons attack near Damascus,” he added.

The US administration has done a great deal over the past year to kill Iran nuclear deal.

Trump is expected to announce his decision regarding suspending sanctions against Iran and continuing the implementation of the JCPOA on May 12.

Meanwhile Iranian Foreign Minister Mohammad Javad Zarif in a Friday interview with American TV Channel said Iran will resume its nuclear program at a faster pace if US withdraws from nuclear deal also known as the Joint Comprehensive Plan of Action (JCPOA).

'Obviously the rest of the world cannot ask us to unilaterally and one-sidedly implement a deal that has already been broken,' he added.