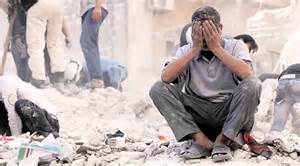 US whom has so far been charging Arab countries for maintaining stability, is now defeated and no more capable of meeting the Arab’s needs for saving their regimes, Aboutalebi noted.

He went on to say that the Riyadh meeting (held with the presence of the US President Donald Trump) was a paradigm shift from stability-generating to struggling with democracy.

IF you are not capable of creating stability so just fight against people and democracy, this is what US claims now, Aboutalebi said.

US is not aware of the fact that only democracy guarantees stability in the region, said the presidential aide.

Iran would not accept destroying democracy for the sake of tribal stability, he said.

Aboutalebi pointed to Iran’s May 19 presidential elections, saying that US has made the world and the peace disappointed.