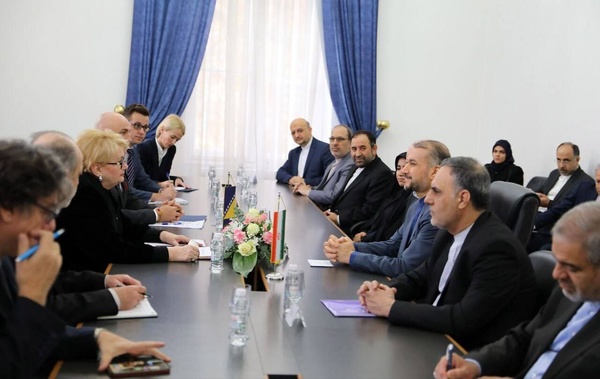 Amirabdollahian made the remarks in a meeting with his Bosnian counterpart Bisera Turković.

He appreciated Turković message of sympathy on the terrorist attack in Shahcheragh which resulted in the killing of innocent people.

Referring to the capacity of cooperation in the economic sector, especially in the fields of agriculture, tourism, and mining, he described these fields as worthy of more attention based on the two countries' interests.

Stressing Iran’s geopolitical position in North-South and East-West corridors, he offered Iran’s readiness to cooperate with Bosnia in this regard.

He informed his Bosnian counterpart of the internal developments in Iran, and the US and European states’ support for riots and paving the way for releasing fake news.