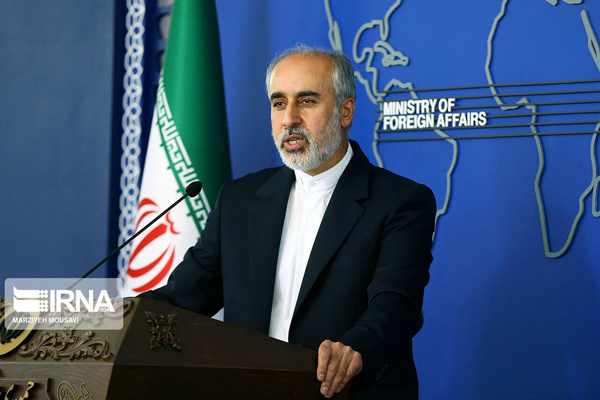 The spokesman was speaking with reporters in a weekly press briefing.

He also responded to a question about Iran’s stance on the referendums on joining Russia that were held last week in the self-proclaimed republics of Luhansk and Donetsk in eastern Ukraine as well as in the Russian-controlled parts of Kherson and Zaporizhzhia in the south.

Kanaani said that the Islamic Republic of Iran, based on its basic principles, stresses the need for fully observing countries’ territorial integrity as a fundamental rule of international law and for respecting the principles and goals of the UN Charter.

He added, the Islamic Republic believes that any provocative move, which may stir up the process of reaching peace and stability, should be avoided.