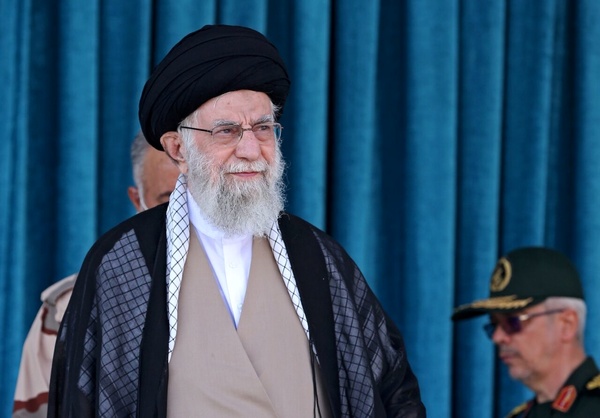 Speaking at the graduation ceremony of cadets, the Iranian nation has suffered injustice but is strong, like the Commander of the Faithful Imam Ali who was the strongest and suffered injustice the most at the same time, the Supreme Leader noted.

Ayatollah Khamenei underlined that in the recent incident, a young woman died. This was a sad incident. We were heartbroken, too. But the reaction to this incident, while no investigation has been done and nothing has been certain, should not have been this that some people come and make the streets insecure, cause the people to feel unsafe, harm the security, burn the Quran, remove the hijab of a woman, burn mosques and husainiyahs, and arson banks and people’s cars.

They did injustice, Ayatollah Khamenei said, adding that the nation, however, appeared completely strong in this incident like in the past and this would be the case also in the future.

Such a reaction to an incident that is indeed sad should not lead to such movements. These movements were not normal, they were not natural. This riot was preplanned, as said by the Supreme Leader who also added that even if this incident did not happen, they would invent another pretext to make chaos in the country in late September.

In the future also the one that will withstand the most and make an effect the most wherever the enemies want to make a disruption will be the brave, faithful Iranian nation that will enter the scene as they did in the past, the Supreme Leader noted.

Ayatollah Khamenei stipulated that this chaos was planned by the United State and the Zionist regime and their mercenaries and some betraying Iranians abroad helped them.

He noted that the US presidents or House speakers do not support disturbances in Europe, like those that have happened in France, asking whether the media affiliated with American capitalism and their mercenaries, like some governments in the region and Saudi Arabia, support the rioters in those countries.

Do the Americans announce that they will provide the rioters with internet hardware or software to make communication easier for them, the Leader asked.

Such support has been raised frequently about Iran, Ayatollah Khamenei noted, asking why some people do not see the foreign hands and why smart people do not feel that there are other hands behind these incidents.

The American’s sympathy for the death of a girl is fake and they are happy in fact for gaining a pretext to make chaos, he underscored, noting that Iran's Judiciary has vowed to get to the bottom in the case of Mahsa Amini's death to find the truth.

He said that other countries cannot stand Iran’s progress towards multi-dimensional power and its ability to neutralize sanctions and they make chaos to stop the country and involve the authorities in new issues.