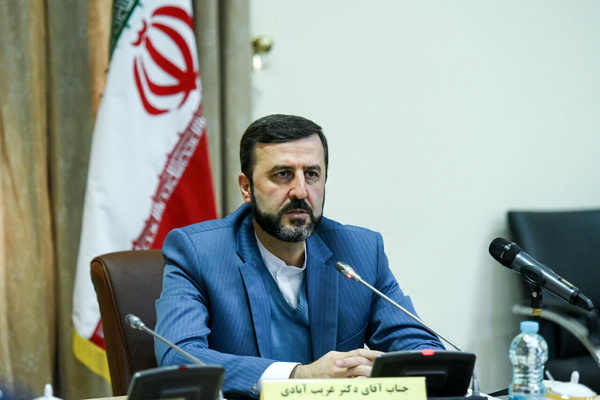 Deputy Chief of the Iranian Judiciary and secretary of the High Council for Human Rights Kazem Gharibabadi pointed to Bagher Namazi and his son (Siamak) on Sunday, adding that the father has been staying at his own home in Tehran for nearly four years because of his health problems, so he has not been in prison for recent years.

According to demands for Bagher’s treatment abroad and based on humanitarian considerations, he was given permission to leave Iran last Wednesday; therefore, he can leave the country any time, the deputy noted.

Siamak has also been permitted to visit his parents in a one-week-long furlough, he said, hoping that Iranian prisoners in American jails would be released as soon as possible.

On Saturday, Stephane Dujarric, the spokesman of the UN Secretary-General, quoted UNSG as saying that Antonio Guterres has appreciated Iran’s President Ebrahim Raisi for accepting his demand to release Bagher Namazi to continue his treatment procedure overseas.

Guterres issued a statement, expressing satisfaction that Siamak has been released and that the UN will continue to consult with Iranian officials on a range of issues such as regional situation, sustainable development and support for human rights.

Bagher and Siamak Namazi were arrested a few years ago on charges of spying and cooperating with the US government, and each was sentenced to 10 years of prison.

Iran’s Minister of Foreign Affairs Hossein Amirabdollahian had said in an interview with Al Monitor earlier that the Islamic Republic considers no connection between the 2015 nuclear deal and the exchange of prisoners because the latter relates to humanitarian efforts.

He went on to say that we told Americans the fact on the humanitarian issue, but it takes the US a long time to answer; however, we are optimistic that we would be able to witness progress in exchange of prisoners.

Asked about the health situation of Bagher Namazi, Amirabdollahian said that he has access to all the services offered to a prisoner and he has visited his family several times.