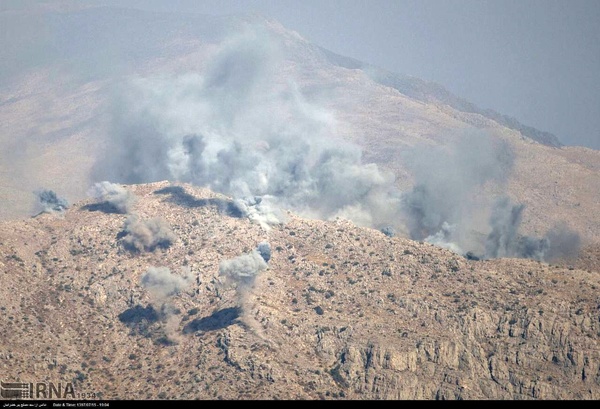 Reportedly, the IRGC has used 360 precision-guided missiles as well as suicide drones.

The IRGC’s announcement said that the Iraqi Kurdistan-based terrorists had crossed into the Iranian border and attacked some border posts in northwestern Iran over the past few years.

It added that the IRGC attacks on the terrorist strongholds took place following repeated warnings to the officials of the Iraqi Kurdistan region to prevent the activities of such groups in this region and their failure to take preventive measures.

The announcement said that the IRGC ground force will continue with its attacks on the terrorist strongholds to ensure the security of the borders, punish the terrorists, and force the officials of the Iraqi Kurdistan region to carry out their duties in accordance with international regulations.