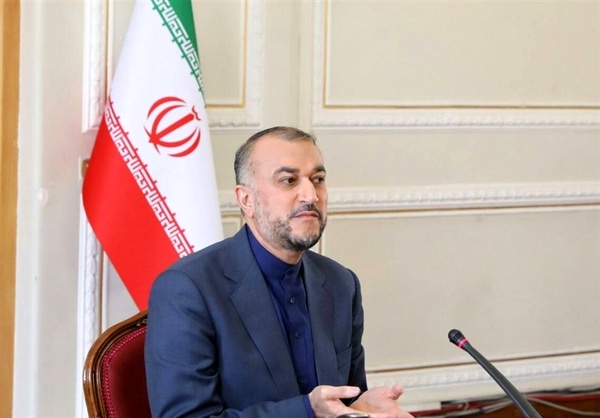 Speaking to reporters in New York on Saturday, Amirabdollahian said the Americans have announced repeatedly, even in recent days, that they have the necessary determination and goodwill to reach a deal in the talks on reviving the Joint Comprehensive Plan of Action (JCPOA) and lifting the sanctions against Tehran.

He noted that Iran has in response urged the US to prove its resolve and goodwill with realism and show them in practice, so that an ultimate deal could be attainable.

Amirabdollahian said the Iranian diplomats in New York have held talks with the representatives of the European Union and the countries involved in the JCPOA talks.

The foreign minister also noted that the revival of the JCPOA has been one of the main topics in the meetings he has held on the sidelines of the UN General Assembly in the past days, adding, “I made it clear in these meetings that we have the necessary resolve and seriousness to reach a deal. At present, this is really the American side that must have the courage to make a decision, so that we’d talk about reaching a good, strong and durable agreement.”

The United States, under former president Donald Trump, left the nuclear deal in 2018, returning the sanctions that it had lifted.

The Austrian capital of Vienna has been hosting many rounds of talks since last year to examine the prospect of the deal's restoration and fresh removal of the inhumane and illegal economic bans.