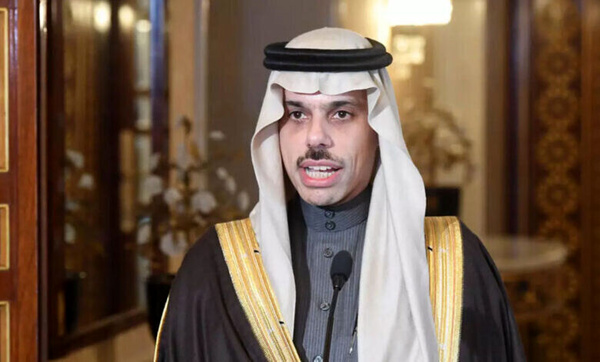 According to the France24 website, the Saudi foreign minister made the remarks in an interview with the French TV network on Friday night, saying that they plan to build a positive relationship with Iran.

However, he noted, there are still differences between the two countries, which hindered the Saudi foreign minister’s meeting with his Iranian counterpart.

Saudi Arabia and the Islamic Republic of Iran have held some meetings at the level of experts in Iraq so far.

He further pointed to Iran’s nuclear talks with the P4+1 group (Britain, France, China, Russia plus Germany), saying that Riyadh is concerned about the potential reviving of the 2015 nuclear deal between Iran and the Western powers in particular over the International Atomic Energy Agency (IAEA) inspections of Iranian nuclear facilities.

However, a defective agreement would be better than its absence, the Saudi top diplomat claimed.

As to the situation in Ukraine, bin Farhan Al Saud said that Riyadh has been trying to pave the way for prisoners’ swap between Russia and Ukraine.

On Yemen, the Saudi FM noted that a ceasefire was agreed upon in April and it has been extended two times, but it seems to be impossible to extend it for the third time.