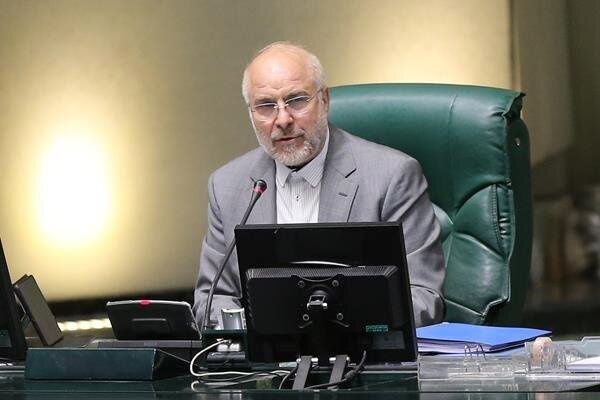 Iranian Parliament Speaker Mohammad Baqer Qalibaf said if the other side will not suffice in JCPOA commitments and UN agreement, Iran, too, will not yield to their totalitarian approach.

Qwaalibaf who s speaking at a memorial service for Hamedan martyrs said the after signing of the JCPOA agreement, the former US administration neither remain committed to its JCPOA commitments nor to the respective UNSC resolution, and instead intensified Iran sanctions antagonistically.

He emphasized that the Americans are still observing their macho approach, and if we will not resist against it, they will still keep on their totalitarian approach, which is why we need to add to our strength.

The Parliament speaker added that in this economic war, the first and foremost important factor is the Parliament’s respective law aimed at ending the sanctions, because we believe this oppressive war needs to be ended mightily.

He said that when they continue their oppressive maximum sanctions policy, why should we not use our legal rights in the framework of the IAEA regulation?

The Parliament speaker said that some people were opposed to that law, but when we stood firm, we noticed that by turning the IAEA cameras, too, nothing happened, and as a result the Americans have returned to the negotiation table, and we are talking till they will yield to strong logic.

He said that if they will yield to sound logic, everything will end well.

Qalibaf reiterated that it was the Americans’ exit from the JCPOA that ruined it, and if they will once again return to observing their commitments, it is OK with us.

Qalibaf said that the country’s difficulties will be decreased parallel with the termination of the sanctions, but they will not be totally resolved.

“We need to be strong, and in the economic field, act on line with termination of the sanctions, and the revolutionary Parliament and government, both have responsibilities,” he said.