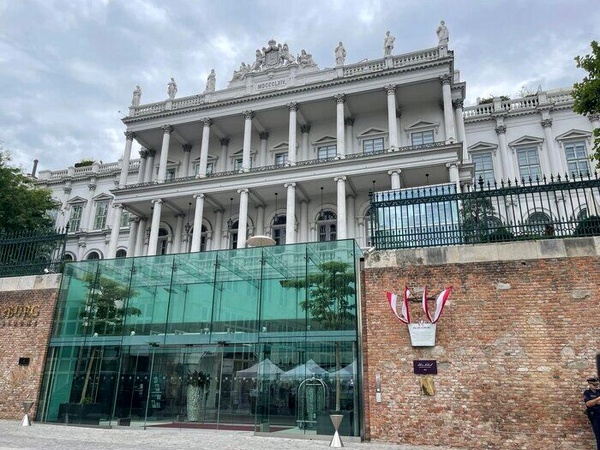 The EU views Iran’s response to a proposed blueprint for reviving the 2015 nuclear deal as constructive, Bloomberg quoted an EU diplomat who is familiar with Vienna negotiations and is in touch with US officials as saying.

The Bloomberg added that the comments are the first positive sign that the Iranian position, formally submitted by Tehran to the EU on Monday night, might not stall the negotiations much further.

The official, who didn’t want to be named because of the sensitivity of the matter, said Iran’s response still required study and that other parties to the nuclear talks -- which include the US, China and Russia -- are assessing it.

EU mediators had circulated a “final” proposal for salvaging the landmark atomic deal last week. The bloc described that text as the last remaining hope of rescuing an accord that’s meant to limit Tehran’s nuclear activity in exchange for the lifting of sanctions, including on its energy sector. But comments from top Iranian officials suggested they were seeking further changes.

Extra oil from Iran could provide much-needed relief for a global economy hit by soaring energy costs. Brent oil futures fell as much as 2.8% in London to trade at a six-month low on Tuesday as traders weighed the more productive tone of the Iran talks.

“We have received the Iranian response last evening. We are studying it and are consulting with the other JCPOA participants and the US on the way ahead,” the EU spokeswoman for Foreign Affairs and Security, Nabila Massrali, said earlier on Tuesday, using the nuclear deal’s formal acronym.

“I want to stress again that it arrived only last night,” Massrali said of Iran’s response. “The way forward is for all the participants to look at it, for the US to look at it.”

The accord unraveled after the Trump administration abandoned it in 2018, setting off a security crisis in the Persian Gulf and effectively banning Iranian oil from global markets. Tehran retaliated by stepping up its uranium enrichment to near levels that are required for a weapons program.