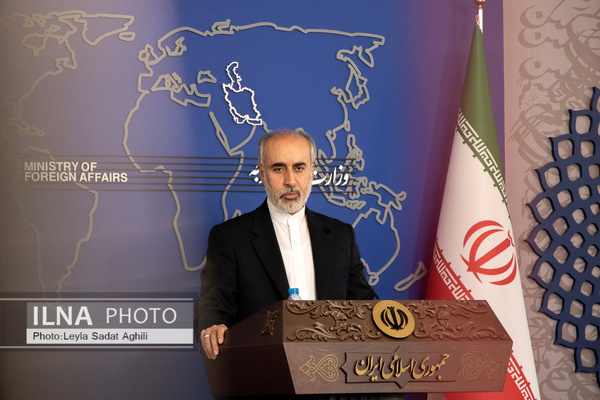 Nasser Kanaani told a press briefing on Monday, “The Iranian negotiating team participated in the talks with a serious determination to reach a good, firm and lasting agreement that can fulfill the basic interests of the nation and remove the cruel sanctions against Iran and the Iranian people.”

He added, after the intensive and sensitive talks “If Iran’s red lines are respected, the grounds are ready for an agreement.”

The spokesperson also said, “In some areas, as we had demanded, relative progress was achieved in Vienna and our expectations were partially met.”

However, he noted, “The developments did not fully satisfy Iran’s legally-justified demands, and we had other expectations from the other parties that we believed should be met.”

He asserted that reaching a final agreement after conclusion of this round of talks depends on fulfillment of Iran’s ‘rightful expectations’ from the other parties, especially the US.

Meanwhile, the Iranian foreign ministry spokesperson pointed to the anniversary of the chaotic withdrawal of US-led troops from Afghanistan in 2021, saying, “The illegal occupation and illegitimate militarism resulted in nothing but killings and destruction of infrastructure.”

He stressed that stability, peace, and security can be restored to Afghanistan only through the formation of an inclusive government covering all ethnic groups and political parties that represent the people.

Touching on cooperation between Iran and Russia, Kanaani pointed out that the collaboration spans many fields and the two countries have serious cooperation in technological fields. He said that the Khayyam satellite that was recently launched into orbit was an example of joint efforts.

The Iranian spokesperson also clarified that Tehran-Moscow cooperation has nothing to do with the recent developments in the region, apparently referring to Russia’s war on Ukraine.

Regarding a trip by a US congressional delegation to Taiwan on Sunday evening following a visit by House Speaker Nancy Pelosi earlier in August, Kanaani said, “We are witnessing the repetition of the irresponsible and provocative behavior of the United States in various geographical locations.”

He reminded that Iran has declared it supports One China Policy, which recognizes Taiwan as part of China.