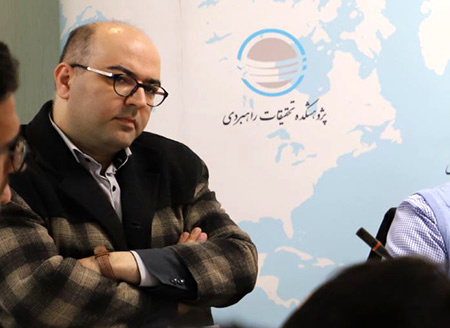 An expert on international relations has said that the U.S. by accepting the plan that has been proposed by the EU on reviving the JCPOA, threw the ball in Iran’s court.

Commenting on the EU coordinator's final text on reviving the JCPOA, Diako Hosseini said in an exclusive interview with ILNA that we still don’t know the details of the EU proposal.

But it seems that the EU stance is that the negotiations have been completely done and there aren’t any issues to be discussed and the proposed plan is the final one, he added.

“There are two scenarios, one of them is that the proposal was prepared in coordination with the U.S.,” he noted.

The second scenario is that the U.S. may not consider the EU proposal completely in harmony with its wish, but at the same time it might have thought that Iran would reject the proposal, he said, adding that “so they took the initiative and accepted the plan and, believing that Iran will reject the proposal, they threw the ball in Iran’s court.”

Referring to the issue of removing the IRGC from the U.S. terrorism blacklist, he said that it might have been agreed to follow the issue in direct Iran -US talks after the reviving the JCPOA.