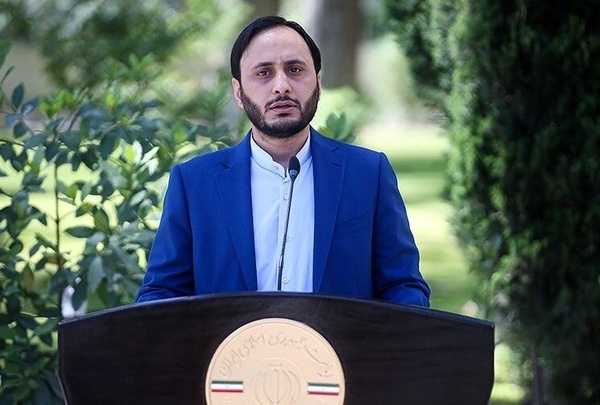 Iran’s Government Spokesman Ali Bahadori Jahromi on Monday said that the government’s foreign policy is focusing on neighborly diplomacy, expressing hope that it helps increase interactions between people and elites from Iran and its neighboring countries.

Bahadori Jahromi expressed hope that the policy helps increase interactions between people, as well as elites from Iran and those states.

The official made the remarks at a meeting with a group of foreign entrepreneurs, specialists and elites residing in Iran.

The meeting took place in the capital Tehran on the occasion of World Refugee Day.

Bahadori Jahromi said that foreign elites living in Iran can play a key role in showing the true image of the country to help defeat the Iranophobia scheme pursued by the Islamic Republic’s enemies.

He also spoke about issues that foreign residents in Iran are facing and said that the government is seriously making efforts to resolve those issues.

The foreign elites present at the meeting were from Syria, Afghanistan, Turkey, Spain and France.