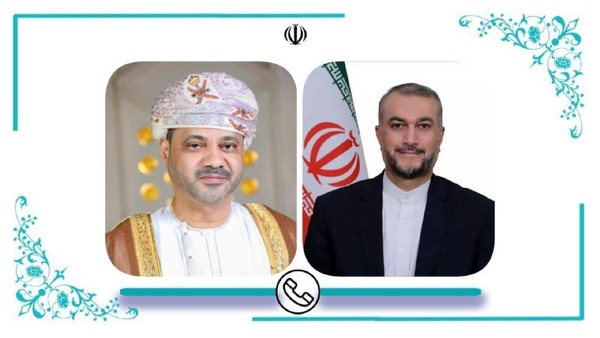 Amir Abdollahian made the remarks in a phone call with his Omani counterpart Sayyid Badr Albusaidi.

Referring to the visit of President Ebrahim Raisi to Oman, he described this visit as a new turning point in the relations between the two countries.

Considering the special efforts of the leaders of the two countries to further develop relations between Tehran and Muscat, he stressed the need to follow up and implement the agreements.

He welcomed the Omani delegation's visit to Tehran with the aim of pursuing agreements, he stressed the serious determination of both sides to advance cooperation.

Referring to US President Joe Biden's upcoming visit to the region, he said that regional officials should not allow foreigners to affect regional cooperation and stability.

We emphasize regional dialogue and cooperation, he said adding: “We believe that the people of the region should decide on the future of the region.”

He stressed the need to lift the humanitarian siege of Yemen completely.

He also briefed his Omani counterpart on the latest developments in Vienna Talks.

Meanwhile, Albusaidi stressed the implementation of the agreements during President Raisi's successful visit to Oman, saying: "We are confident in the new Iranian government’s approach which is based on developing relations with regional countries."

He also pointed to formation of a working group in the government of Oman to follow up on the recent agreements.

The two sides welcomed the continuation of the ceasefire in Yemen.