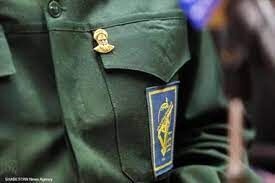 Reports on alleged assassination attempt against a commander of the Islamic Revolution Guards Corps (IRGC) Quds Force is a psychological warfare, an informed source said.

The source made the remarks on condition of anonymity in an interview with IRNA on Friday, dismissing reports published by anti-Iran media outlets on assassination of a commander of IRGC’s Quds Force.

What happened on the ground was that a member of the IRGC had lost his life at his own house in an incident; so, relevant authorities are investigating the cause of the incident.