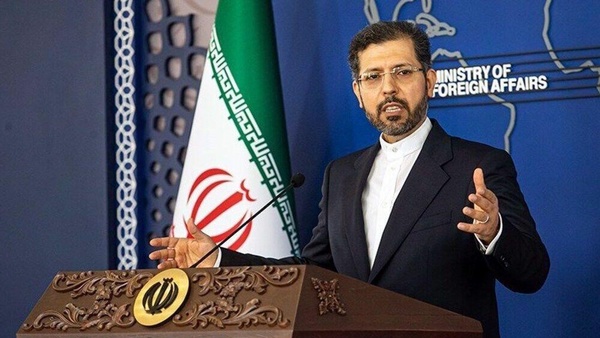 Iran’s Foreign Ministry spokesman said that recently announced sanctions were indicative of the United State’s ill will towards the Iranian people.

In a statement issued on Thursday, Saeed Khatibzadeh said that the Islamic Republic of Iran and its Armed Forces are a nightmare for the terrorist and extremist groups in the region and it’s natural that the US, as their godmother, would spare no effort to support them.

The US has imposed illegal, cruel sanctions against the Iranian people and Iran’s IRGC many years ago and assassinated the late General Qasem Soleimani during Trump’s presidency, Khatibzadeh added.

Despite his initial deceptive comments, the Biden administration has kept up the very failed policy, the spokesman said, adding that the recent listing was another indication of the US government’s ill will towards the Iranian people and the continuation of abject maximum pressure policy.

The US unilateral sanctions contribute clear violation of international law, as stated in the recent statement of the UN special rapporteur, and have no objective other than imposing pain and suffering on the Iranian people and make chaos in the region, Khatibzadeh noted.

Such acts have no impact on the determination of the Iranian people and government to pursue their lofty goals, including the annihilation of terrorism in the region, he underlined.

He noted that the Islamic Republic of Iran reserves the right to proportionately counter such measures in compliance with international law principles.