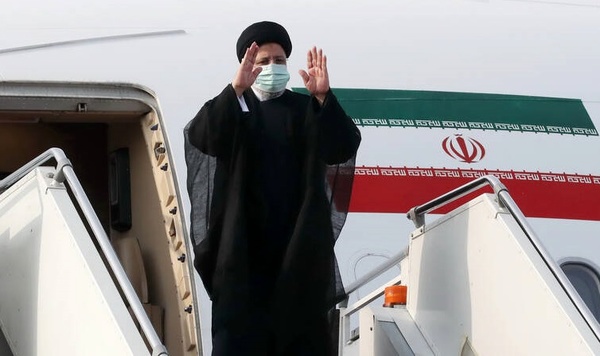 President Ebrahim Raisi heading a high-ranking delegation and at the official invitation of the Sultan of Oman, Haitham bin Tariq Al Said, left Tehran for Muscat on Monday morning.

The official welcoming ceremony is going to be held at Al Alam Palace, and the programs of the visit will be a bilateral meeting with the Sultan of Oman, the signing of several cooperation documents, a meeting with Iranians residing in the country, and a meeting with Omani businesspeople and economic actors in the one-day visit.

In order to expand the fields of economic and trade relations between Iran and Oman, a delegation of 50 Iranian businesspeople and economic actors have travelled to the country last week.