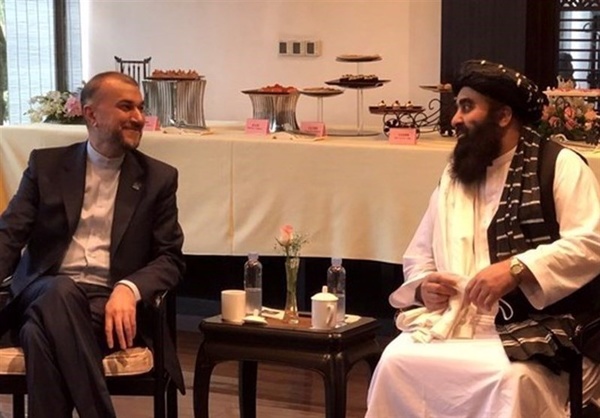 Iranian Foreign Minister Hossein Amirabdollahian voiced concern about possible threats to the country’s diplomatic missions in Afghanistan, calling on the Taliban to ensure the security of those sites.

In a telephone conversation with Afghanistan’s acting Foreign Minister Amir Khan Muttaqi on Saturday, Amirabdollahian expressed concern about the security of Iran’s diplomatic missions in the neighboring country.

In the wake of the recent events in Kabul and other cities of Afghanistan, Amirabdollahian expressed sympathy with the Afghan people and voiced concern about the possible threats to the buildings of Iran’s Embassy in Kabul and its consulates in Herat, Mazar-i-Sharif, Kandahar, and Jalal Abad.

For his part, Muttaqi congratulated Amirabdollahian on the occasion of Eid al-Fitr and gave his assessment of the security developments in Afghanistan.

Highlighting the importance of ties between Iran and Afghanistan, the Taliban official said the enemies of the two nations are bent on damaging Tehran-Kabul ties.

“We give you assurances that the Afghan security forces will provide full security for all the diplomatic missions and consulates of the Islamic Republic of Iran in Afghanistan,” Muttaqi concluded.