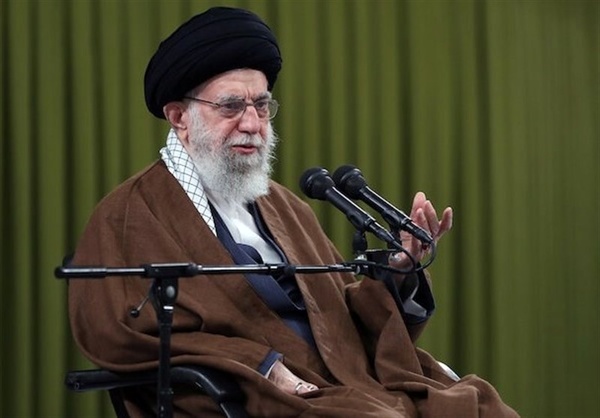 In meeting with a group of university students in Tehran on Tuesday, Ayatollah Khamenei stated, “Today the world is on the threshold of a new world order: a new international order against the previous monopolar and bipolar world.

“The Ukraine war should be considered more deeply. This war isn't simply about a military invasion of a country. The roots of this invasion are deep and a complex, difficult future can be predicted,” the Leader noted.

“On the eve of a probable new world order, all countries including Iran have a duty to be active in the fields of both soft and hard power such that they can ensure their nation's interests and security. The most important duty is on the shoulders of the university students,” Ayatollah Khamenei underlined.

“The US is getting weaker day by day–from within, in its domestic policies, in its foreign policies, in its economy and in its security. The US has become weaker since 20 years ago and continuing up until today,” the Leader added, Khamenei.ir reported.

“Palestine is both oppressed and powerful; it’s an oppressed power. I said the same about Iran many years ago. Palestine is truly strong today. The Palestinian youth do not allow the question of Palestine to be forgotten and they're standing up in opposition to the enemy's crimes,” Ayatollah Khamenei said.

“This year's Quds Day is different from other years. The Palestinians have been making great sacrifices both during last year's and this year's Ramadan. The Zionist regime is committing the worst crimes, and the US and Europe are supporting them,” the Leader concluded.

On International Quds Day, rallies are held in different parts of the world and demonstrators express their solidarity with the Palestinian people and opposition to the occupation of the Palestinian territories by the Zionist regime of Israel.

The day is also seen as the legacy of the late founder of the Islamic Republic of Iran, Imam Khomeini, who officially declared the last Friday of the holy month of Ramadan as International Quds Day back in 1979.