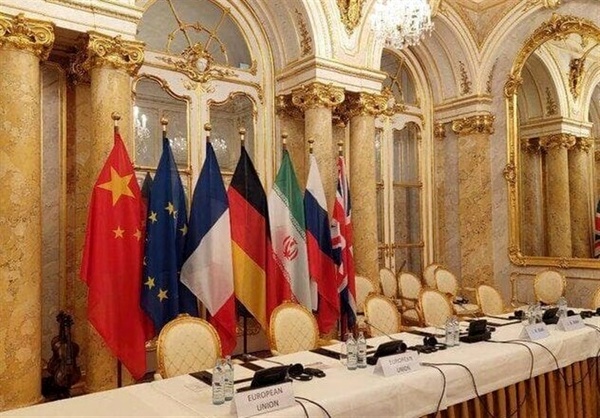 A source denied a report from al-Arabiya news about an upcoming ministerial meeting of the JCPOA parties in Vienna for the conclusion of talks on the revival of the 2015 nuclear deal, saying it won’t happen if the US does not assent to Iran’s red lines.

There have been talks of a potential travel by the countries’ foreign ministers to the Austrian capital over the past months, the source said on Tuesday.

“However, it is not yet clear when such a trip would take place,” it noted, adding, “No such trip is going to take place as long as the United States refuses to accept Iran’s redlines.”

The source made the comments after the Saudi Arabia-owned al-Arabiya news channel alleged, citing “diplomatic sources,” that Vienna was ''likely'' to host a meeting among the foreign ministers of the parties to the deal aimed at the announcement of “an agreement.”

Observers say the channel has come up with the false report to potentially alleviate the pressure that European countries have been mounting on the US to accept Iran’s conditions, Press TV reported.

The United States, which is blamed for the current stalemate, is reluctant to take confidence-building measures due to its erroneous bias, procrastination in decision-making and excessive demands.

Iranian officials have repeatedly said the US needs to remove all illegal sanctions against the Islamic Republic in a verifiable manner and offer guarantees that a new US administration will not breach the JCPOA again before it can rejoin the deal.

Former US president Donald Trump unilaterally left the JCPOA in May 2018 and re-imposed the anti-Iran sanctions that the deal had lifted. He also placed additional sanctions on Iran under other pretexts not related to the nuclear case as part of his “maximum pressure” campaign.