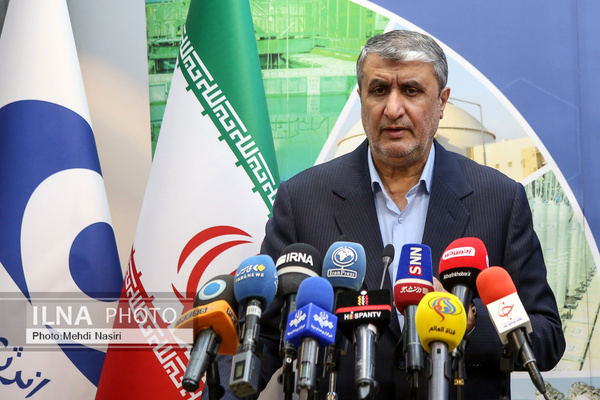 Mohammad Eslami said that the negotiations with “Rosatom” were for the preparation of arrangements for transferring the materials.

Head of the Atomic Energy Organization of Iran (AEOI) Mohammad Eslami said that the International Atomic Energy Agency (IAEA) saw Israel’s alleged documents that refer to uranium in one of the Iranian sites that does not exist in Iran.

He said that we hope with the agreement that was achieved the issue of four places would be settled.

“They said that in one place the ambiguity has been resolved and they should determine the other three places by mid-June,” he added.

“They know that the truth is not what the Zionist regime pursues,” he added.

“We have a duty to say that Iran’s nuclear technology is peaceful and is based on the country's need,” Mohammad Eslami said.

He accused the Israeli regime of producing fake documents and carrying out sabotage and terrorist operations against Iran’s nuclear facilities and scientists.

The IAEA itself is well-aware of the Israeli regime’s intentions and knows that the cases were only claims made against Iran’s nuclear program.

He emphasized that by unveiling the Comprehensive strategic document for Nuclear Industry Development on Farvardin 20 (9 April) we want to fill the multi-year vacuum of presenting the CPF of the Islamic Republic of Iran to the Agency site.

He underlined that we are also going to present the achievements of the organization on the National Nuclear Industry Day. These achievements include 25 items. 9 achievements are new.

He said that these negotiations are mostly technical and they continue and are in progress.