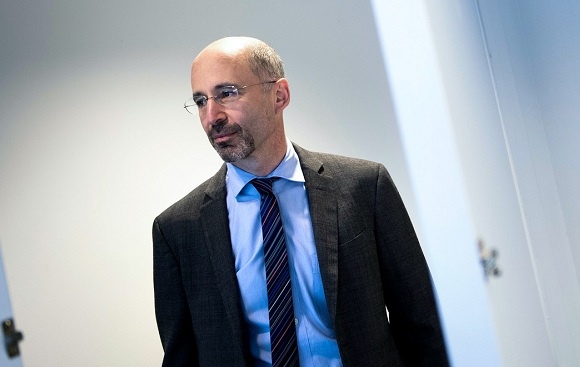 The United States and its partners are likely to exert pressure on Iran if it uses talks scheduled to resume in Vienna on Monday as a pretext to accelerate its nuclear program, the US special envoy to Iran said in an interview broadcast on Saturday.

“If Iran thinks it can use this time to build more leverage and then come back and say they want something better it simply won’t work. We and our partners won’t go for it,” envoy Robert Malley told BBC Sounds, according to Reuters.

Monday’s talks about removing the US sanctions against Iran, with the participation of major powers, resume after a five-month hiatus.

The Comprehensive Joint Action Plan (JCPOA) is an agreement reached in 2015 between Iran on the one hand and the P5 + 1 (including five permanent members of the UN Security Council plus Germany) and entered into force in January 2016. But in May 2018, former US President Donald Trump unilaterally ended his country’s participation in this international agreement by violating Washington’s commitments under the JCPOA and imposing economic terrorism to put maximum pressure on the Iranian people.

“If that’s Iran’s approach, which is to try to use the negotiations as cover for an accelerated nuclear program, and as I say, drag its feet at the nuclear table, we will have to respond in a way that is not our preference,” said Malley, who heads up the US negotiating team. “Nobody should be surprised if at that point there is increased pressure on Iran.

“We hope not to get that there, but if we are, then pressure will have to increase to send a message to Iran that the choice it is making is the wrong one. That it has a different path available to it, but it’s not a path open indefinitely because Iran’s nuclear program is putting the very essence of the deal negotiated (in 2015) at risk,” he said.

As the Iranian negotiator arrived in Austria’s capital to resume Vienna Talks on November 28, Iranian Foreign Minister Hossein Amir-Abdollahian reiterated that Tehran is serious about reaching an agreement.

Earlier this week, Amir-Abdollahian, in a phone conversation with EU foreign policy chief Joseph Borrell said that Washington should give guarantees not to leave the nuclear deal again.

Meanwhile, Iranian Deputy Foreign Minister Ali Bagheri-Kani arrived in Vienna, the capital city of Austria, on Saturday at the head of a delegation to attend the next round of the JCPOA Joint Commission meeting.

Before the visit, Iranian Deputy Foreign Minister Ali Bagheri-Kani said that the effective lifting of illegal sanctions and the importance of guaranteeing non-repetition were emphasized during his recent visit to the European countries.

He had said that the success of talks, which will start on November 29, depends on the serious will and practical readiness from the other side to lift the sanctions.

Still, the Spokesman of Iran’s Ministry of Foreign Saeed Khatibzadeh said the US sanctions on the country must be removed at once, not in a step-for-step manner.

Speaking about some media speculation about a proposal by the West to lift sanctions step for step in the Vienna talks ahead, Saeed Khatibzadeh stressed that all US sanctions must be lifted at once, effectively and verifiably accompanied by objective safeguards.

In recent days, The New York Times has reported news that the US may offer to release some of Iran’s blocked resources and practice some exemptions in exchange for suspending some of Iran’s nuclear activities.

In such circumstances, the Supreme National Security Council of the Islamic Republic of Iran announced on May 8, 2019, on the anniversary of the US withdrawal from the Nuclear Deal, Iran would gradually reduce its obligations under Articles 26 and 36 of this agreement to balance its obligations and rights.

Pursuant to Articles 26 and 36 of the ICCPR, Iran has the right to suspend its obligations, in whole or in part, if the other party fails to comply with its obligations.

Officials in the administration of incumbent President Joe Biden have repeatedly acknowledged the failure of the maximum pressure policy in recent months, saying they intend to bring the United States back to the UN Security Council. But so far, they have refused to take the necessary steps to return to the agreement.

The Islamic Republic of Iran has repeatedly stated that given that the United States is a party to the violation of the agreement, it is Washington that must return to the agreement with the lifting of sanctions, and the fulfillment of US commitments needs to be verified.