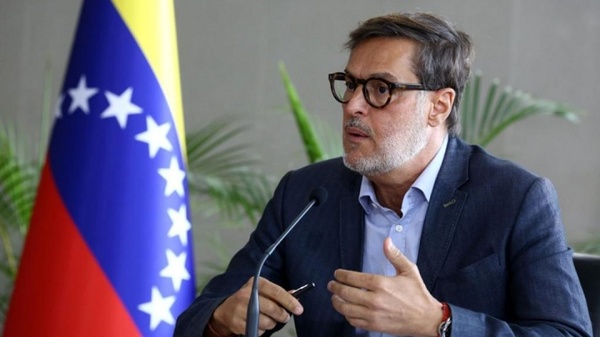 Felix Placencia and Hossein Amirabdollahian discussed the latest state of bilateral relations and cooperation between the two countries in a telephone conversation on October 5th.

The two sides stressed the need to pursue agreements and prepare a roadmap for bilateral relations, as well as finalize the details of economic cooperation projects.

The foreign ministers of Iran and Venezuela met on the sidelines of the UN General Assembly in New York.

"Relations between the two countries show that geographical distance can not hinder the cooperation of independent states," the Venezuelan foreign minister said during the meeting.

Emphasizing that the Islamic Republic of Iran has no restrictions on expanding relations with Venezuela, Amirabdollahian said: "The two countries will continue their joint efforts to thwart and defeat the ruthless US sanctions."