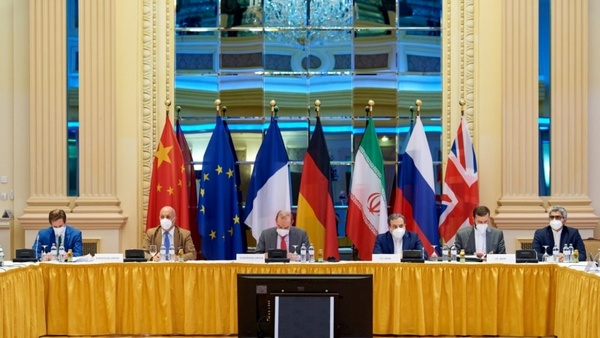 The fifth round of Iran-Austria Political Talks was held today (on Saturday) in Tehran, jointly headed by Ali Baqeri, Iran's deputy foreign minister for political affairs and Peter Launsky-Tieffentha, Secretary-General for Foreign Affairs in the Federal Ministry for European and International Affairs of Austria.

The Iranian deputy foreign minister referred to the long record of the two countries’ relations, considering it a precious asset for both Iran and Austria.

Baqeri also reviewed the latest developments in the region, including the situation in Afghanistan and Yemen, as well as Iran’s contributions aimed at decreasing tension.

"The people of Yemen have been living under the most severe military invasion during the past five years and from the humanitarian point of the view it is expected that the European countries will take serious moves aimed at putting an end to the ongoing catastrophe there," said Beqeri.

Launsky-Tieffentha, for his part, reiterated that the Iran-Austria ties are quite age-old, and said that the mutual respect and both sides’ will for cooperation have made these relations fundamental for both nations.

He said that there are noticeable capacities in the economic ties of the two countries, announcing the Austrian companies’ will for having presence in the Iranian market.

On Afghanistan, the Austrian diplomat emphasized that he understands Iran’s worries regarding his country’s hosting of the Afghan refugees, and appreciated Tehran’s humanitarian concern.

On Yemen, he said that Austria by forwarding humanitarian aids as much as possible tries to ease the pains of Yemeni people as much as it can.