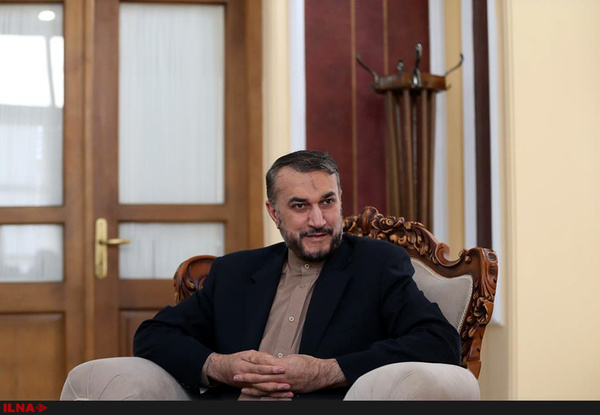 The Foreign Minister of the Islamic Republic of Iran, tweeted on Tuesday night, referring to the British Foreign Secretary's congratulatory call, that he had stated in a telephone conversation with Dominic Robb that Britain's old debt to Iran had to be repaid.

Hossein Amir- Abdollahian also stressed that he strongly criticized Europe's inaction in the UN Security Council, adding that in the British Foreign Secretary's congratulatory call, he as Iran's FM had stressed dialogue based on mutual respect and condemned the 'US-made disaster' in Afghanistan.

He also stressed the need to form an inclusive government in Afghanistan.

The tweet reads: "Receiving a cong call from FM @DominicRaab, expressed readiness for dialogue based on mutual respect; denounced EU's inaction under JCPoA; condemned US-made disaster in Afghanistan & reiterated on need to form inclusive gov; & emphasized that UK's old debt to Iran must be repaid."

In a telephone conversation with Amir- Abdollahian on Monday, British Foreign Secretary Dominique Robb emphasized his country's practical commitment to repaying Iran's claims, and the Iranian Foreign Minister stressed the importance of the British government taking confidence-building measures to resolve some problems in bilateral relations.

Britain owes about £400million to the Iranian government.

British debts to Iran were related to the contract for the sale of 1,500 Chieftain tanks and 250 armored vehicles to Iran in 1974 and 1976, which were not implemented after the Islamic Revolution of Iran and the imposition of harsh Western sanctions against Iran.

The International Court of Justice has sentenced the British side to pay the debt and the resulting damages.