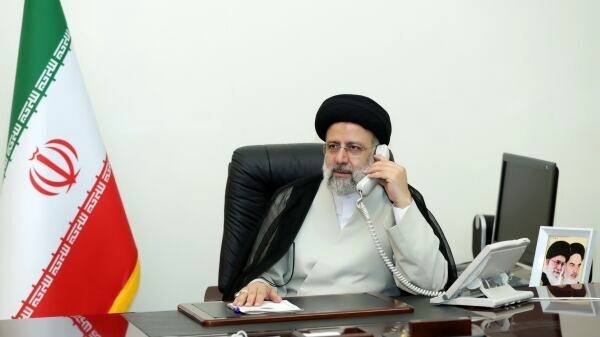 The 13th administration of the Islamic Republic of Iran has shown its serious determination to improve relationships with neighboring and regional states, which will end up in a stable and secure region if other countries welcome such a stance.

President Ebrahim Raisi emphasized during his presidential campaign that he himself and his cabinet members will prioritize enhancing ties with regional and neighboring nations instead of having an eye on Western countries.

Raisi has constantly underlined the need for negotiations for resolving regional crisis and disagreements, saying that Tehran's foreign policy in his administration will be based on attaching more importance on expansion of mutual ties with neighbors.

In the inauguration ceremony, the new president said that the Islamic Republic sees the neighboring states as its own relatives, prioritizing the improve of relations with the neighbors.

The newly-appointed Foreign Minister Hossein Amirabdollahian along with representatives of nine other countries took part in a regional seminar to show support for Iraq.

The foreign minister stated that the region needs regional sustainable security with the participation of the states of the region, and that the security will come true through mutual understanding and good neighborliness based on refusing interference of foreign countries.

Iran has so far shown that rapprochement and enhancement of cooperation with regional countries is of utmost significance for the Islamic establishment. The collaborations will also pave the ground for working together to create a inter-regional security in order to end the military presence of American and European forces in the Persian Gulf region.

Coordination between Iraq and Iran led to holding three rounds of talks between representatives of Riyadh and Tehran in Baghdad to break the ice of relations between the two important states.

On the sidelines of the seminar in Iraq, the Iranian foreign minister noted that his Saudi counterpart congratulated new administration in Iran, calling for resumption of talks.

As Supreme Leader of the Islamic Revolution Ayatollah Seyyed Ali Khamenei mentioned, the West and specially the US will bear no fruit. So, regional cooperation will help maintain security and stability in the region.