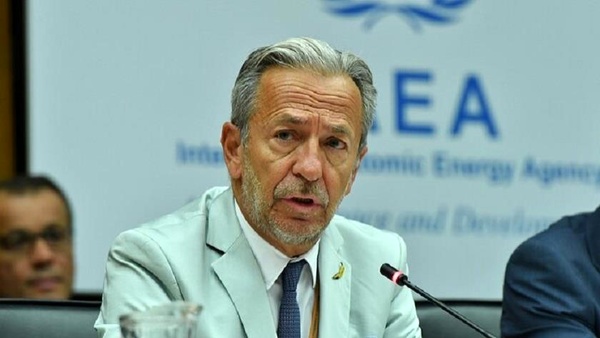 Gharibabadi said that Aparo is also one of the inspectors approved for Iran, saying his visit is in line with routine safeguards activities and within the framework of the Comprehensive Safeguards Agreement.

Although Iran is in constant contact with the IAEA, no dialogue plan has been anticipated for him in Tehran, he added.

Earlier, in reaction to illegal comments made by the UN nuclear watchdog head Rafael Grossi, Gharibabadi, focusing on the totalitarian tendency of the Agency, said in a televised interview that due to its goodwill, Iran was preserving and safeguarding the recorded data for another month even after the termination of the three-month period agreed upon in an agreement with the IAEA.

He further stressed that Iran’s agreement with the IAEA is a political agreement and merely based on international treaties.

Focusing on Iran's technical agreement with the agency and Iran's refraining from responding to the IAEA’s new demand renewal for the agreement for the 3rd time, Iran’s representative at the IAEA said that the Agency does not and will not have responsibility for presenting a report on the expired agreement and registration of data.

He added that Iran has no commitments beyond the Joint Comprehensive Plan of Action (JCPOA). The one-month recording of the data after the termination of the three-month agreement was merely due to Iran’s goodwill, not Iran’s commitment to the IAEA, he stressed.

Gharibabadi added that Iran has no obligation for yielding to the agency’s demand, and the IAEA’s role is merely limited to a contractor.

It is the US that needs to return to the JCPOA, not Iran; such comments contain political messages, and "we have repeatedly" announced that as long as our expectations are not met, there will be no agreement, he reiterated.

Grossi had on Friday, June 25, announced in a statement that Tehran has still not responded to the agency’s request for further expansion of a nuclear supervision temporary agreement.

Grossi has also in that statement referred to the vital importance of the recorded data on some of Iran’s nuclear activities under the nuclear deal.