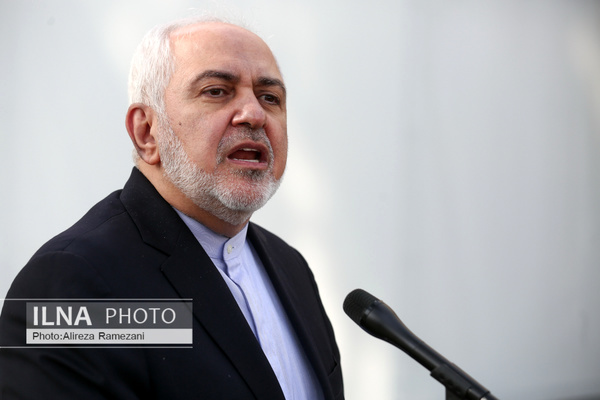 Foreign Minister Mohammad Javad Zarif said in a New Year's congratulatory video message on Thursday that Norouz is a time for kindness, reconciliation, solidarity, and felicity.

Congratulating the Iranian new year and century to the Iranians residing abroad, Persian speakers, and those loyal to Norouz customs, Zarif said the previous year was a year of difficulties and challenges for Iran and several other countries.

The continuation of the COVID-19 pandemic more than anything showed mankind that in this interwoven world, even the biggest powers are vulnerable to an invisible virus that has changed into the common pain of humanity, Zarif said.

He added that due to the illegal sanctions, the problems of Iranian people were more than others; however, not only have Iranians never surrendered against challenges and attacks, but they have also fought them wisely and dissolved the attackers in the rich Iranian civilization.

This time too, Iranians’ patience, resistance, and self-sacrifice will defeat the viruses of sanctions and COVID-19, he added.

Apologizing to the Iranian people for any short-comings, he said that like other people of Iran who try to uphold Iranian honor, the government has been trying to do the same thing in the past 7.5 years.

He also expressed certainty that in the new year and century, with wisdom and alertness, Iranian people will bring about bright prospects and pave the way for a better Iran by removing the ball and chain of illegal economic war from the Iranian economy.