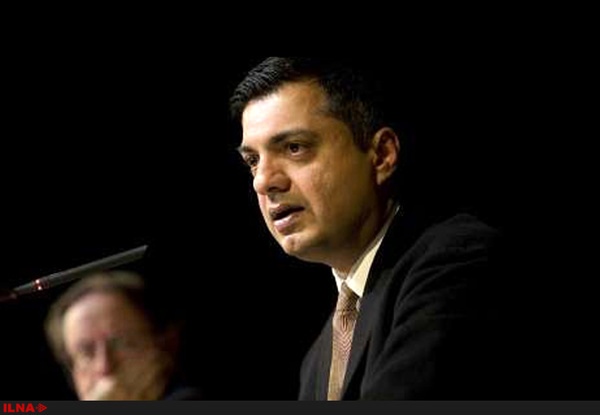 A Professor of History at the University of Oxford told that President Biden has delayed fulfilling a number of promises he made during his election campaign. In addition to his cautious approach to the Iran nuclear agreement and sanctions relief, these include promises to stop deportations and forgive student debt.

Speaking to ILNA news agency in an exclusive interview, Faisal Devji said "These issues will no doubt be addressed in the short to medium term, while the new administration is engaged in rebuilding the governmental institutions left damaged by its predecessor."

"Iran might be right in its contention that the onus is now on the US to return to the JCPOA, but we know that only the weaker party in any conflict is obliged to follow legal procedures. Like the much longer established Cuban sanctions, which remained in place even after the end of the Cold War, those upon Iran have now become a domestic issue in the US and cannot simply be removed on the basis of foreign policy imperatives."

The U.S Professor believed that nevertheless, it is clear that the Biden administration is keen to grant Iran some sanctions relief and return to the nuclear agreement.

"Yet the international situation has changed so dramatically since the Democrats were last in power that they cannot return to the status quo ante. Drawn largely from the Obama administration, the Biden team has also inherited a politics founded in uncertainty."

Devji added that its hesitation is based not only upon the political hurdles that need to be overcome, but also the US government’s obsession with repairing and maintaining an appropriate image of itself as the world’s pre-eminent power.

"Biden recognizes the fact that the US is now part of a multi-polar world, as can be seen in his initial dealings with China. But on the other hand, giving up the habits of an empire is a difficult thing for any great power to do," he said.

"Like the British and other European powers before it, the United States will hang on to such privileges for as long as it can in certain parts of the world. This is due not merely to a psychic inability to give them up, but because so many domestic and commercial interests are vested in these privileges."

In response to the question of whether Iran and the United States would eventually negotiate, he said "It seems probable that Iran and the US will reach some kind of agreement by their current politics of cautious give and take."

But the International Expert confirmed that however significantly such a conclusion may change the contours of the regional and perhaps even international order, however, both countries will simply have operated according to established political conventions.

"The support Biden had and continues to hold among a very large number of Americans shows that the time for such a new politics has arrived. The old order and old political forms the Biden administrations want to recover, at least in part, may no longer be fit for purpose. We shall have to see how long they survive," he concluded.