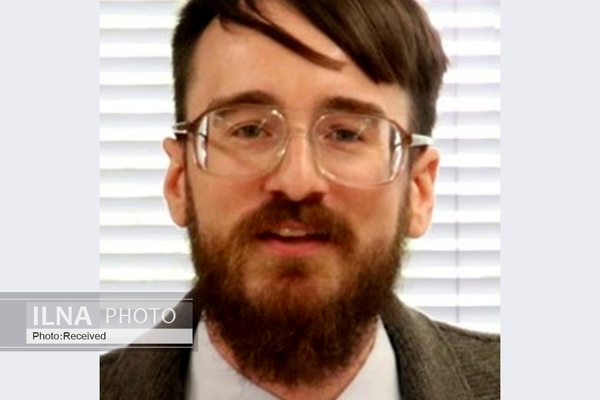 "The Biden administration will almost certainly end the failed Trump policy of “maximum pressure,” which has resulted in considerable increases in Iran’s nuclear capacity,” the U.S professor told ILNA.

Stephen Herzog who is a Stanton Nuclear Security Fellow on Managing the Atom of the Harvard Kennedy School says in an exclusive interview with ILNA news agency that the U.S. sanctions under Trump, and the Iranian nuclear developments in response, are both problematic strategies that only increase the risk of conflict. The political analyst believes that my understanding is that Biden and Iranian President Hassan Rouhani plan to pursue a “compliance-for-compliance” return to the JCPOA.

He pointed to the recent U.S presidential election and confirms, "I think Trump will continue to play a notable role in U.S. politics for years to come." Stephen Herzog is a Ph.D. candidate in political science at Yale University and previously worked for the US Department of Energy’s National Nuclear Security Administration and the Federation of American Scientists.

Here you can read his full interview with ILNA news agency:

Q: Donald Trump conceded the US election to Joe Biden, can he set up a rematch in 2024 again?

A: Many Americans were dissatisfied with President Donald Trump’s handling of the COVID-19 pandemic, his disparaging of the movement against racial injustices in the United States, his disastrous “America first” foreign policy, and so much more. The majority of Americans wanted immediate change and a return to normalcy. Biden won the popular vote by over 7 million votes with a sizable margin of victory in the Electoral College. I think Trump will continue to play a notable role in U.S. politics for years to come. I wouldn’t be surprised to see him establish a permanent media presence and to allege voter fraud for the rest of his life.

A: Mr. Biden will face difficult tasks. Trump has done considerable damage to U.S. foreign and domestic policy as well as the reputation of the United States around the world. I believe most of Biden’s first-term foreign policy priorities will involve reassuring U.S. allies of security commitments and trying to re-enter international accords—like the Iran Nuclear Deal and the Paris Climate Agreement. It won’t be easy though. Many Americans and their Congressional Representatives still support Mr. Trump and the policies of his divisive presidency. And Biden’s top area of focus will be to stop the virus that has already taken the lives of thousands of Americans.

Q: Will we see a change in U.S. foreign policy toward Iran under Biden?

A: Absolutely, I predict that U.S.–Iranian relations will improve during Biden’s presidency. During the election campaign, Mr. Biden indicated that he would return to the Joint Comprehensive Plan of Action (JCPOA), popularly known as the Iran Nuclear Deal. As Vice President to Barack Obama, Biden strongly supported the JCPOA.

The Biden administration will almost certainly end the failed Trump policy of “maximum pressure,” which has resulted in considerable increases in Iran’s nuclear capacity. Iran now has more centrifuges operating at the Natanz and Fordow facilities than it did when it was abiding by the JCPOA. There are also plans to enrich large quantities of uranium to 20% isotope U-235 content, far beyond the limit of 300 kilograms enriched to 3.67% under the JCPOA. The U.S. sanctions under Trump, and the Iranian nuclear developments in response, are both problematic strategies that only increase the risk of conflict.

Obviously, the JCPOA is the centerpiece of contemporary relations between Washington and Tehran. But there are other issues to overcome. Events like the assassination of Dr. Mohsen Fakhrizadeh and recent rocket attacks on the U.S. Embassy in Baghdad could very well delay diplomatic rapprochement. It is not clear precisely what groups were behind these attacks, but provocations don’t bode well for finding common ground.

Q: Will the Biden administration actually return to the JCPOA? What would it take for all parties to honor the deal again?

A: Well, Joe Biden certainly isn’t Donald Trump. Trump referred to the JCPOA as “the worst deal ever negotiated” and withdrew. This was a grave mistake, as Iran was clearly in compliance with the deal before he did so. As we discussed earlier, Iran is now pursuing several nuclear initiatives as a result that exceed the limits of the JCPOA. And I fully expect Biden to try to reverse course with a return to focused nuclear diplomacy. This will require engaging Iran as an equal partner at the bargaining table.

My understanding is that Biden and Iranian President Hassan Rouhani plan to pursue a “compliance-for-compliance” return to the JCPOA. While this will help to de-escalate tensions, the hostile legacy of the Trump administration could poison Iran’s willingness to negotiate with Mr. Biden’s team. I hope that this will not be the case, as I think there is much to be gained—especially for the Iranian economy—in the months to come. Iran has suffered under the weight of sanctions and the consequences of the pandemic. Negotiating with the Biden administration could dramatically improve its economic situation.

I don’t expect the Iranian leadership to fully roll back recent nuclear advancements without up-front concessions from the United States. Perhaps these could include moderate sanctions relief or the ability to sell oil and natural gas in the international marketplace without restrictions. But Iran will also need to provide Biden with signs of good faith through initial steps to reduce its enrichment levels, its stockpile of enriched uranium, and its number of centrifuges. Iran is certainly entitled to peaceful uses of nuclear energy under the Nuclear Nonproliferation Treaty (NPT), but its current enrichment goes far beyond what would be needed for a civilian nuclear program.

Confidence-building measures between the sides could occur on a schedule with the end objective being full U.S. and Iranian compliance with the JCPOA. The best way forward in diplomacy will then be the type of dialogue that Mr. Biden is proposing to address a broader set of regional issues in the Middle East. Whether or not progress can be made will also depend on the U.S. domestic political climate and the upcoming Iranian presidential election. After four years of hostility that benefitted neither the United States nor Iran, it will be critical to seize the opportunity to develop a long-term roadmap for normalizing diplomatic ties.