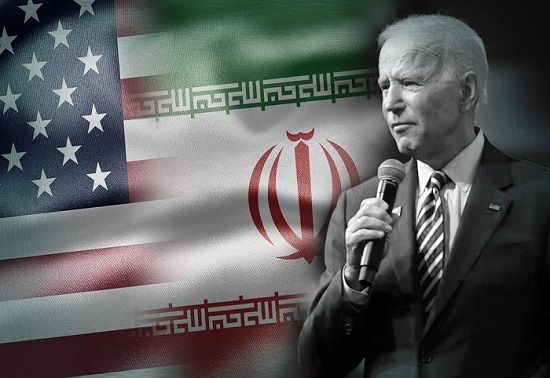 Mike Wuthrich who is the Undergraduate Director for Global & International Studies says “Biden administrations want to try to work with Iran again, but I don’t know what the leaders of “nezam” and “dowlat” want. One of his interests is Middle East politics particularly Turkish, Kurdish, and Iranian policy, so he tells that there would be too much pressure on Biden if he gave Iran an even better deal. What should happen is that some of the promises of the previous deal need to be realized more quickly on Iran’s side.

Mike Wuthrich interests also are parties and party systems, electoral behavior, religion and politics, women and politics in Turkey, and nationalism. His publications have appeared in the Journal of Democracy (forthcoming), Political Research Quarterly, International Journal of Middle East Studies, the Middle East Journal, and Turkish Studies among others. His book, National Elections in Turkey: People, Politics, and the Party System was published in July 2015 with Syracuse University Press.

You can read his full interview with Wuthrich with ILNA news agency as follows:

Q: Donald Trump has insisted he is not conceding the US election, despite seemingly acknowledging from the beginning that Democrat Joe Biden won. Why was the result of the 2020 presidential election so shocking?

A:  It was closer than I thought it would be. It wasn’t surprising that Biden won, but this is generally unusual. Most often the incumbent president has an advantage. There was a wide segment of the American population that never really accepted Trump as President, so it might be a bit of a surprise that the results were relatively close although Biden clearly won.

Q: What will a Biden herald administration for Iran?

A: American foreign policy will certainly change. It is an important moment or opportunity for Iran. As you know, people in Iran are not of one mind, but the hardliners and conservatives who are tapped into Iran’s “resistance economy” are able to maintain themselves and even benefit while most of the rest of the people suffer under sanctions. When someone like Trump is the leader of the United States, not only does he weaken the United States and its ability to have strong foreign relations and policy, he supports the image of the “Great Satan” that the hardliners want to use to justify keeping Iran isolated. When there are leaders in the European countries and the United States that want to have good relations with Iran, this puts pressure on the conservatives and principalists to change, and it provides momentum to the reformers and pragmatists. There is competition for foreign policy perspectives among the elites in Iran too, and public pressure to change or to negotiate does not benefit the groups who have become more powerful in Iran under Trump’s government.

So, yes, this is important for Iran, but I don’t know what the government (dowlat) or the regime (nezam) will do. Iran will also have an election next year, and Biden’s win changes the dynamics of that outcome. Conservatives would have benefited if Trump would have stayed in office, but now it opens the door for a moderate or pragmatic candidate.

It is clear, on the United States side that Biden wants to try to work with Iran again, but I don’t know what the leaders of “nezam” and “dowlat” want. In general, the people want the removal of sanctions, and the government in Iran feels this pressure, but this kind of change is not for the benefit of everyone at the top of the Islamic Republic.

Q: Many Iranian believe US elections will have a big impact on Iran. Do you believe the same?

A: This is the big question. Leaders in Iran, both the government and the Supreme Leader, have shown flexibility and pragmatism, but they also have differing interests. I think many in Iran, even among politicians, want Iran to re-enter negotiations to reduce sanctions, but they don’t want the kind of agreement that does not provide clear and immediate sanctions relief. It would be very beneficial to everyone if sanctions were lifted and economic markets were substantially open for Iran and an agreement was made about nuclear development and some of the other international activities. The Islamic Republic has shown that it can work with others in the past (to everyone’s benefit), so there is no reason why they couldn’t consider this now.

Q:  What is the status of the Iran nuclear agreement?

A: I think they will try to, but I don’t know if it will be successful or not. President-elect Biden has clearly indicated his interest in doing so, and I’m confident that he is serious, but he won’t be able to accept a weaker agreement than the previous one. There would be too much pressure on him if he gave Iran an even better deal. What should happen is that some of the promises of the previous deal need to be realized more quickly on Iran’s side. Even when sanctions were reduced, trade did that was allowed under the deal did not resume very promptly. I imagine that both groups would try to resolve this if possible. Domestic politics in both countries could cause some trouble in the deal being reached.

Q: Why Iran and the U.S. are at an impasse and how to reduce it?

A: It sounds like I’m joking, but I’m not: top-level leaders on both sides, including presidents, should spend a week together in the Swiss mountains talking and listening to each other. Maybe they would understand each other better.

Q: How the US-Saudi relationship could change in the Biden era?

A:  This is a very good question. While the US has maintained its close partnership, there have been many issues straining the relationship over the years. Some of those issues were glossed over under the Trump administration, but issues remain. Biden is unlikely to be quick to make a drastic change in any relationship. The concern for Iran might be a Saudi-Israel alliance in the future. Iran might want to work things out with America before Saudi Arabia and Israel become too close. Clearly, both countries have tried to keep the United States from negotiating or normalizing relations with Iran.