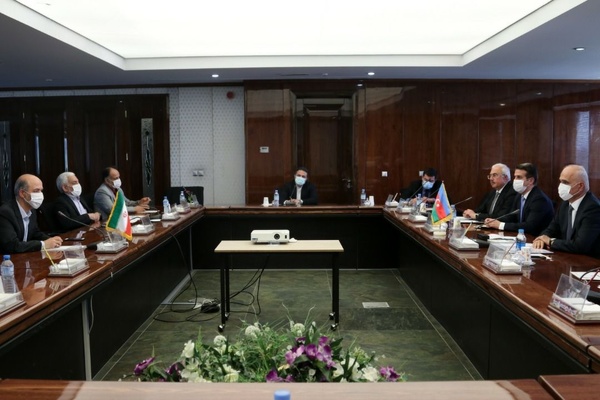 According to mov.gov.ir, Mehrabian made the remarks in a meeting with Shahin Mustafayev, Deputy Prime Minister of the Republic of Azerbaijan and Chairman of the Azerbaijani side of the Joint Commission for Economic Cooperation with the Islamic Republic of Iran, in Tehran.

The two sides discussed key issues concerning the expansion of ties between Azerbaijan Republic and the Islamic Republic of Iran.

Mehrabian and Mustafayev expressed interest in developing relationships in different areas more than ever, underscoring that both sides enjoy very appropriate capacities to increase cooperation.

They also held talks on removing the existing obstacles in implementing the joint hydroelectric projects.

Referring to synchronizing project of electricity networks of Iran, Russia, and Azerbaijan Republic, the two officials called for the implementation of the plan via removal of any hurdles in this regard.

Examining the implementation of agreements and joint projects between Azerbaijan Republic and the Islamic Republic of Iran, the two officials underlined that Baku and Tehran are determined to continue effective and friendly collaborations in the water sector.