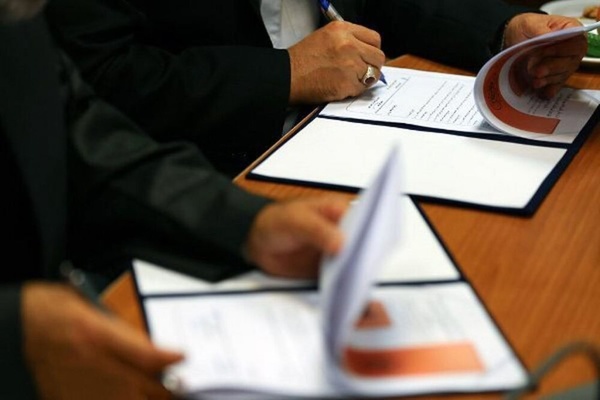 Iran, Turkmenistan and Kazakhstan have signed a tripartite memorandum of understanding (MOU) on railway cooperation, the portal of the Iranian Transport and Urban Development Ministry reported on Saturday.

The MOU, signed on the sidelines of a meeting of the Economic Cooperation Organization (ECO) member states in Turkmenistan on Friday, is aimed at increasing rail input load from Kazakhstan to Turkmenistan and from there to Iran.

As reported, the trilateral MOU was signed following an agreement reached between the Head of the Islamic Republic of Iran Railways (known as RAI) Miad Salehi and the head of Turkmenistan’s state-owned Railway Agency Azat Atamuradov last month.

Export and transit development, doubling the exchange of rail freight transportation from Sarakhs border, resumption of Artiq-Lotfabad border crossing operations, and holding joint meetings between the representatives of the two countries' railways were among the subjects covered in the agreement between Iran and Turkmenistan back in October.

According to Salehi, based on the new memorandum, a joint working group will be formed among the three countries to follow up on the set goals and the growth of cargo passing through this transit route.

The deputy minister of transport and urban development added that given the geopolitical importance of Iran, the signing of these memorandums in the field of rail transport and transit can increase the transportation through the north-south corridor and the three countries can use the capacity of this corridor to develop economic and political relations.

Over the past few years, Iran has been following a new strategy for promoting its transit status by developing rail infrastructure.

According to the former RAI Head Saeed Rasouli by completing rail infrastructures Iran is seeking to access new transit markets with over 35 million tons of annual capacity.