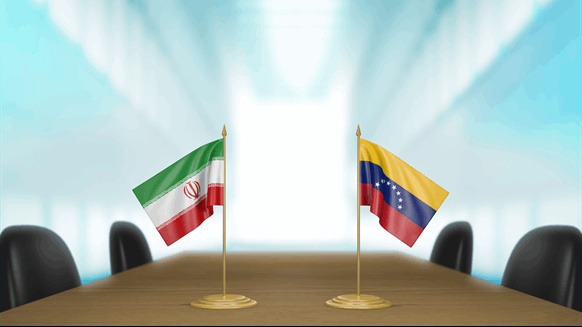 Speaking to ILNA and touching upon the oil trade between Iran and Venezuela, Ahmad Sobhani said Venezuela is a friendly country to Iran and despite there is a geographical distance, in the new trade era, the geographical distance does not hinder these relations, adding that Iran will sell and export its products to any part of the world which is economy wise and its products have customers.

He noted that oil trade is a known and legal trade in the international laws even if it is accompanied with the illegal U.S. sanctions.

Sobhani went on to say that the oil trade with Venezuela should have begun 10 years ago, adding that Venezuela is a heavy oil producing country which needs to distillate its oil in the refineries for consumption and for this reason it can be mixed with the gas condensate which will have better market and better value added.

"Therefore it is natural that Iran as a country with having the most condensate reserves takes advantage of it and cooperates with Venezuela in order to resolve Venezuela’s heavy oil problem and to create value added from its condensates and to consume it in the market," he added.

On the launch of SWIFT system between the two countries, he said it is natural that when both countries facing illegal U.S. sanctions, they seek ways for transfer of money in different ways like using national currencies.

Sobhani said of course Iran has no difficult condition in ties with Venezuela like in the past because actually sanctions in the early stages can have devastating effects but after their prolongation, ways are found for making the sanctions ineffective, noting that by the way when sanctions are lifted, both countries can use the innovated ways which cost lower.

Touching upon Venezuela Foreign Minister’s visit to Tehran on Monday, the former diplomat said soon Venezuelan President Nicolas Madura will pay a visit to Tehran and before his arrival in Tehran, the road-map for a 20-year cooperation between Tehran and Caracas will be drawn up to be signed during Madura’s visit.

Sobhani pointed to the positive effects of trade between the two states and said Venezuela is a country with 30m population and rich in underground resources and it is a good market for Iranian products in the fields of industry, medicines and food-stuff, and due to the presence of contractors, Iran has good experience in the construction and mining sectors of Venezuela and it can continue exporting technical and engineering services to Venezuela.

He reiterated that economic crisis in Venezuela have been alleviated and now the economic condition has improved and it provides new opportunity for presence of Iran in the technical and engineering sector of this country.

He went on to say that Canadian, Australian and American companies which were active in the mines of Venezuela have left the country and it is good opportunity for Iranian companies to enter into Venezuela for win-win cooperation in mining sector.

He then explained oil cooperation between the two states based on their 20-year road-map and said Iran and Venezuela are two oil partners and are both of the founders of the OPEC and their economies are very similar.

He went on to say that today Venezuela’s oil industry needs reconstruction and Iran can help it due to its experience gained during forty years of sanctions.

Sobhani reiterated that in the past when Iran faced sanctions on importing gasoline, it imported it from Venezuela and now that Venezuela is under sanctions and has faced gasoline shortage, Iran due to its self-sufficiency in gasoline production has exported several ships of gasoline to Venezuela.